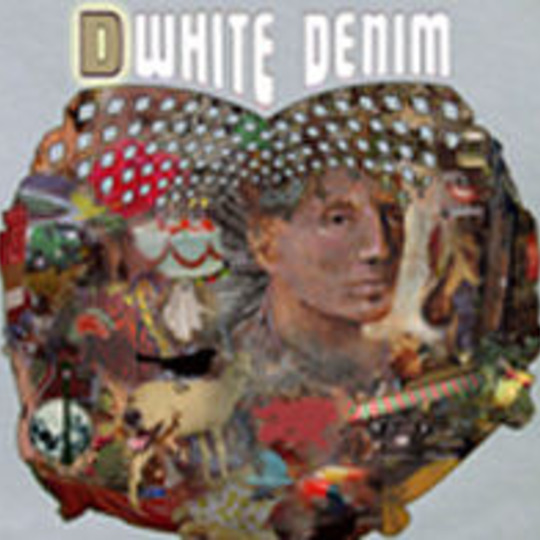 'Prolific' may not be a word commonly associated with musical dexterity, but as far as hard-working Texans White Denim go, it's an accurate description of their ethos. Having released four albums in four years - five if you include last year's compilation of demos and outtakes Last Day Of Summer - they've hardly taken a break since 2008's Workout Holiday launched them as one of that year's most likely candidates for mainstream success.

Where that record mixed radio-friendly pop rock like 'Let's Talk About It' with more experimental avant garde material such as 'IEIEI', its follow-ups, particularly 2009's Fits, seemed to favour the latter approach of obtuse song structures featuring long instrumental passages where noodlings of a freeform jazz variety occupied pride of place.

While such a refusal to conform and become A.N.other formulaic AOR outfit as expected can only be applauded, it doesn't alter the fact that White Denim are something of a frustrating oddity at the best of times. Now beefed up to a four-piece with the addition of second guitarist Austin Jenkins, their retro concoction of garage rock, errant psychedelia and occasionally unfathomable weirdness shares kindred spirits in the likes of Chicago's Smithwesterns or Aussie trio Tame Impala. However, whereas both of the aforementioned rarely sacrifice melody for such indulgent spates of diversity, D veers off the beaten track frequently and randomly, leaving the listener somewhat disorientated all too often.

That's not to say it doesn't contain moments of greatness. The spacious country rock of opener 'It's Him!' and Latin American flavoured 'River To Consider' both occupy opposite ends of White Denim's broad musical spectrum yet highlight their proficiency both from James Petralli's perspective as a songwriter of considerable note to the forceful rhythm section of Steve Terebecki and Joshua Block that tend to take the lead on some of their more discordant instrumental breakdowns. The Who inspired 'Bess St' (think 'The Seeker' played by men with a lo-fi sensibility rather than stadium quaking ambitions) and orchestral closer 'Keys' also display a tenacity to upset the applecart and push boundaries, albeit in a style more accustomed to the initial waves of the Seventies progressive rock movement.

D really comes into its own when White Denim tone down the histrionics and take a more withdrawn approach. 'Street Joy' canters like My Morning Jacket in trippiest mode while 'Is And Is And Is' proffers a more widescreen vision, its acoustic lament punctuated by Petralli's dreamy vocal in a way the late great Arthur Lee would have been proud of.

Overall, D is a measured if occasionally overcooked beast that proves difficult to digest as a whole. Nevertheless, strip away those inedible charred morsels and you'll still be left with ample delicacies.