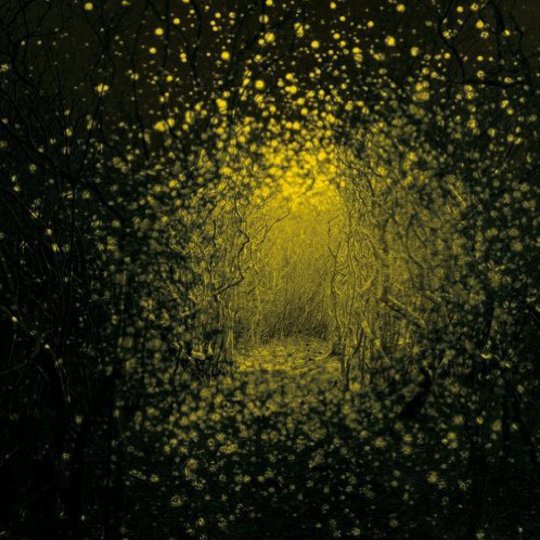 There’s no real getting away from the fact that Hospice, The Antlers’ last album, is a tiny mite miserable. It’s based on the idea of terminal illness as a metaphor for abusive relationship breakdown, after all. The band’s ability to remain epic and universal, while maintaining all the intensity of implication that album title suggests, has understandably brought quite a lot of expectation upon Hospice's follow-up.

A lot of Burst Apart is concerned with what happens in the no-man’s land of something not quite happening for a very long time, followed by having to deal with the fallout of it all happening at once. ‘I Don’t Want Love’ starts things off with a wallop. In fact, you might almost call it happy. Almost being the watchword – it’s still a song called ‘I Don’t Want Love’, a sentiment in itself that the album goes on to confirm is clearly a lie. ‘French Exit’ speaks about the confusion of continually meeting someone you care about yet can’t stand; for all intents and purposes, ironically, it’s one of the record’s more upbeat songs.

‘Every Night My Teeth Are Falling Out’, meanwhile, is about the point when things happen that really, really shouldn’t: “one dumb night/two bad decisions/We’re too high to cancel out” are words that define the tipping point of just about every sex-with-exes relationship. ‘Hounds’ is the album’s turning point, where the murk suddenly seems to start to lift and the seemingly endless, unwilling journey seems to finally have some sort of point. And closer ‘Putting The Dog To Sleep’, with its pleas to “prove to me/I’m not going to die alone”, fights for the hope that optimism, for once, might not be misplaced.

And then there is ‘Corsicana’. Musically almost desolate, yet with lyrics such as “We should close that window we both left open”, it’s a proper gulp-in-the-throat moment. The song somehow manages to evoke the crazy, loopy emotions of an encounter that probably shouldn’t have happened, but is happening anyway. And whatever’s happening is probably the only thing that makes any sense at all at that point. “We should hold our breaths with mouths together now”- did you ever hear a more evocative, loaded and frankly dangerous way of describing that most intimate of human interactions?

In terms of instrumentation, we’re talking reasonably standard indie-rock fare, with Peter Silberman’s falsetto sweeping through growling guitars and crunched-up drums on tracks like ‘Parentheses’ and ‘No Widows’. Distortion is all over this record, in everything except vocals, making for an atmosphere that’s somehow both shimmering and oppressive at the same time. It’s a definite departure from the clear-as-day banjo of ‘Two’, but at no point does it feel like the change in sound is anything other than what the songs demand.

On Burst Apart, The Antlers haven’t strayed too far in the other direction towards happy hour, or stay exactly the same as Hospice which would have been unsustainable. Instead they’ve somehow managed to find a peaceful middle ground, in which all the passion and emotion of Hospice remains, but transmuted into something with a vague spark of hope. In the end: the lyrics… oh, the lyrics. Silberman’s words are, without exception, painfully, beautifully honest; and so an album that, in anybody else’s hands, would have probably been standard hipster indie fare becomes a shimmering key to anyone’s heart. Burst Apart deserves all the plaudits that can be thrown at it; albums are rarely as unashamedly, gut-wrenchingly, genuinely emotional as this. Dear Peter Silberman: you, sir, are a poet of the highest order, and with Burst Apart The Antlers have proven they may well be one of the world’s very finest.