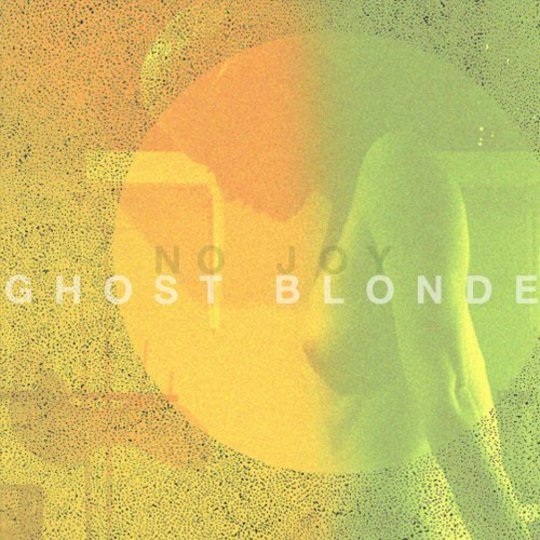 If you were to judge No Joy by their recent touring buddies Best Coast, Wavves and Surfer Blood, then it’s unlikely you would be expecting anything more than a good time lo-fi jaunt. If you were to expect a pleasing debut album of woozy shoegaze written across the 2,462 mile distance between collaborators in Los Angeles (Jasmine White-Glutz) and Montreal (Laura Lloyd) then you have probably read their much disseminated bio.

Worse than tainting Ghost Blonde with preconceptions however, would be to listen to it through a tinny pair of headphones on the bus, tube or whatever alternative artificially noisy form of transport you may favour. No Joy may thrive in their own opaque cacophony, but as with most of their genre’s compatriots the pay-offs involved are deceptively slight, requiring a dedicated level of immersion in the record to achieve them.

There is no reason why Ghost Blonde shouldn’t be shown a duty of care and attention either. It is undoubtedly a record that rewards on repeat listens, the dissonantly soothing crests of ‘Mediumship’ and coarse reverb laden troughs of ‘Heedless’ gather an added kick once replete with the weighty jolt of familiarity.

Nor do No Joy need much adjusting to - their feedback driven niche in this, er, feedback driven niche is to emulate the genre’s stalwarts (My Bloody Valentine, Ride, Slowdive) with an, if anything, more palatable set of songs that bear the comparison. To their credit, White-Glutz and Lloyd have done an awfully good job of not subsiding to the oft-succumbed to temptation of stringing out ten extended jams onto an album. Each offering on Ghost Blonde has clear driving hook, be that the jittery surf-pop guitar lead on ‘Hawaii’, the yearning lurch of overdrive on ‘You Girls Smoke Cigarettes?’ or Laura Lloyd’s breathtakingly tranquil vocals on ‘Still’.

It’s hard to pick out a standout song, not just because the quality of writing is of an impressively high calibre but because what holds this LP back from being downright essential is its lack of anything that really shocks. White-Glutz and Lloyd know how to eke some beauty out of an intentionally foreboding field yet Ghost Blonde never really embraces the ugly enough to push how much splendour can be crafted from it.

‘Indigo Drive’ and ‘Untitled’ are fine as largely atmospheric segues go but there’s no real tension or drama to keep the listener hanging on for their duration. Likewise, six minutes spent in the company of the closing title track are about two minutes too many for its endlessly replicated melody.

These are minor qualms however, when played against the backdrop of a truly promising debut album. With Ghost Blonde, No Joy have chiselled all the shoegaze basics into a formidable account of themselves. An indispensable album of their own is not far off.

PS I Love You

Meet Me at the Muster Station