PS I Love You

Meet Me at the Muster Station 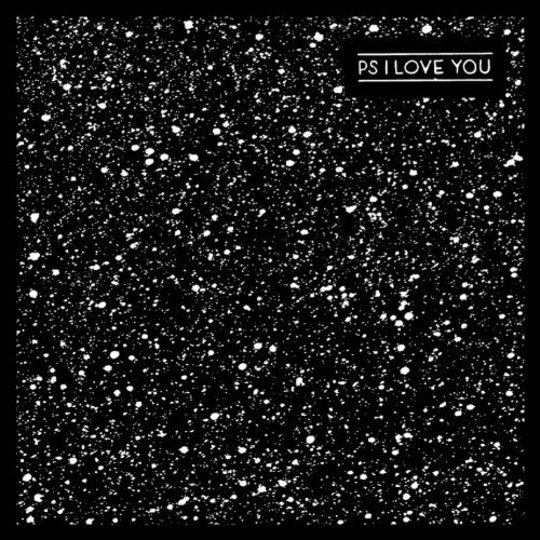 It’s taken PS I Love You a while to unleash their debut album upon us. Frontman Paul Saulnier has been performing under the name since 2005. And even though he and drummer Benjamin Nelson finally got round to releasing Meet Me At The Muster Station in North America last year, we’ve still had to wait another six months to get a sniff of it on this side of the Atlantic.

There’s no doubt about it though – it’s been worth the wait.

The first bars of the album’s opening title track might make you think otherwise. 'Sure,' you might say, 'the riff is a scuzzy, summery slice of lo-fi guitar-pop, but does my record collection really need another thirty minutes of blissfully stoned college-rock? I’ve already got all the Pavement albums.' Then, out of the haze and smoke, comes Saulnier yelping and gurning like a Seventies Bryan Ferry, but twice the size and without the grooming. This isn’t your bog-standard derivative indie.

The real PS I Love You start to emerge out of the altogether tenser ‘Breadends’. It’s far grungier, far more despairing, as Saulnier’s shrieking becomes more hysterical, until he finally gives up and lets a surreal, soppy cock-rock guitar solo do the talking. It’s bonkers, beautiful and strangely brilliant, but swiftly bettered on ‘2012’.

On ‘2012’, a searing, enigmatic guitar melody falls away into what sounds like 50 grown men weeping and howling in emotional agony. The actual lyrics are thrillingly incomprehensible, soaked in thick distortion and layered into oblivion. Saulnier’s multiple voices are panned left and right, even forwards and backwards it seems. It sounds fantastically muddled and chaotic, as a weary hook repeatedly ignites and burns out in sublime confusion. It’s a perfect pop song that has few, if any, pop characteristics.

It’s the way Meet Me At The Muster Station constantly straddles that border between charismatic composure and unhinged anarchy that makes it great. ‘CBEZ’, for example, has a tightly-wound guitar melody wrapped around firm, stomping drums, but it’s surprisingly complemented by waves of dripping feedback and shaky splutters of lyrics.

But PS I Love you aren’t just a masterclass in noise-pop (though it’s clear from pretty early on that they are certainly that). The hissing jangle of ‘Scattered’ bounces around the room, even though the minor chords give it shades of sadness, making it music to dance to as much as mosh to or sob to. The buzzing, pulsating bass of ‘Get Over’ shits on anything Pendulum have ever squeezed out, for its unexpected but irresistible pounding dancefloor-readiness, while the shredding solo on ‘Facelove’ will earn Saulnier his metalhead stripes.

On paper, there might not seem to be much to separate PS I Love You from the current crop of contemporary punk-influenced bands. What does set this duo apart, however, is that while they seem unashamedly punk rock in ideology and approach, they are distinctively human as songwriters and artists. There is an irrepressible tenderness constantly colliding with noisy experimentation, bruising grunginess and a compellingly coy, slightly shambling demeanour.

One glance at the chunky, bespectacled frame of Paul Saulnier and the lean, unassuming streak that is Benjamin Nelson tells you that PS I Love You are underdogs. Like all of the best underdogs, not only have they got something to say, they’ve gathered the confidence to say it loudly and proudly, with far more skill, excitement and emotional intelligence than any of their peers.