Into the Murky Water 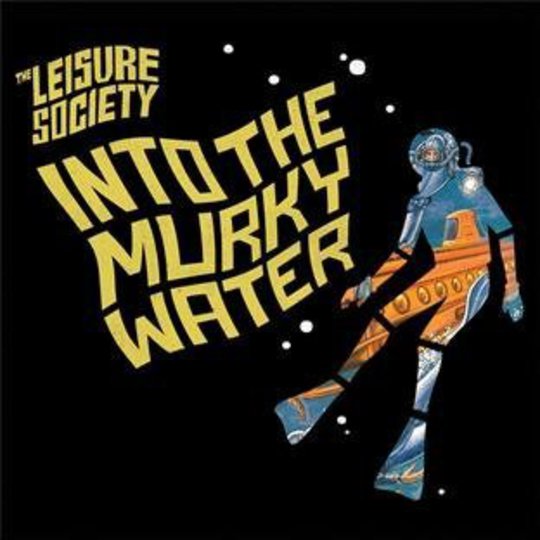 Oh melody! Oh harmony! What became of your comely embraces? It seems to me that in the past couple of years, more cutting-edge musical tastes seems to have veered sharply and suspiciously away from melodicism in favour of a harsher, darker and somewhat jerkier territory. Sweet is suspicious; soft is sinful: we find our fruits difficult to accept if they aren’t bitterly tinged and covered tough peel. To me, the reasons for this are simple and understandable. Over the past decade, music has moved more obviously than ever into the disposable, consumerist spotlight. Whether it is by way of Tesco, daytime radio or X Factor, music is now omnipresent at all levels of society. And consequentially, it is easier to define any person from any background by their musical tastes than it ever has been before. So the natural reaction of the alternative scene is to rebel and head far away: to stride far from the ballad-driven Cowell stable; to run, terrified, from the shadow of Susan Boyle’s pre-programmed showtune settings. If we want to illustrate ourselves as different, we head for the furthest corner of the musical continent to regroup and draw the decisive lines of combat. And in this battle; melody is oft seen as a flag of the enemy.

There are the occasional exceptions; The Shins and The Magnetic Fields being the two that spring most immediately to mind. But despite our heritage of music hall, vaudeville and Sixties pop, Britain has sometimes seemed lacking in this field of late. Hence, how The Leisure Society’s delightful second record arrives as a wonderful surprise: one leg in and one leg out of the current folk-pop scene but utilising their wide stance to confidently deliver a record bedecked in beautiful, swirling melodies and deftly constructed vignettes. The whole record plays out like a sumptuous stage musical: stocked full of dramatic twists, surges of strings, woodwind cascades and a continual desire to find new and improved ways of bringing a song to a mutually satisfied conclusion.

The Leisure Society have a gift of expertly spreading their creativity over the tracks so that you don’t get too much in one place and too little in another - an ideal spread of musical butter. Therefore, everything sounds precisely where it should be: relaxed and naturally weightless. It would be comparatively easy to ratchet this into overwrought rambling and unnecessary intellectualism but they never even come close. From the overture swoops of the opening title track into the gradually-gathering momentum that pirouettes through ‘Dust on the Dancefloor’, the album sounds perfectly pieced and patched together, held close with an invisible seam. Lead singer and writer Nick Hemming is also enough to recognise the value of understanding when a song has been wrung clean of all possibilities (the joyous ‘You Could Keep Me Talking), but also ambitious enough to know when to throw a curveball at a song to change its form and momentum (the gypsy campfire coda to ‘I Shall Forever Remain An Amateur’). The continual intelligence in the songs doesn’t demand the same cerebral connection from the listener, but it certainly does reward it. This is very clever songwriting; made to sound absurdly simple.

In that, and many other senses, Into The Murky Water sounds as close to any of The Beatles' greatest records as anything I’ve heard in the last five years or so. Not so much in terms of quality (it’s not that good), but in terms of the ability to blend disparate elements of pop music together without fear or pretension; writing songs with care for them being pieces of genuine art craft rather than as an exercise or entrepreneurial venture. The result is a truly gorgeous collection of sounds, flourishes and fresh, vibrant ideas and melodies crafted out of wicker and flowers (the subtle orchestration behind the tracks in particular is absolutely beautiful). Lyrically, it doesn’t cover any new ground or contain any shattering proclamations or poetry, but when married to melodies as exquisite as those on display here, you can easily forgive the words settling into a minor degree of complacency.

Into The Murky Water won’t change the world. It won’t answer the questions you have about life, the universe and the upcoming zombie apocalypse spawned by the Fukushima Reactor Leak (you heard it here first). It doesn’t need to. What it will do is fill your ears, mind and spirit with a little shaft of sunlight that causes you to delight in the moment and experience. Music doesn’t always need to say or do anything radical but it does need to be committed, genuine, honest and lovingly cultivated. And because the album is drawn from each of those elements, it succeeds admirably: providing a door into a world of spinning umbrellas, bright colours and richly embroided music tapestries. As light, pretty and as aurally satisfying a record as you will hear this year; it proves that sometimes, the good guys really do win. Fuck looking cool, scowling and hiding your face in that dark overcoat; let’s all sing together, shall we? After all, summer’s coming. And lord knows, we could certainly all do with a little smile upon our lips right now…