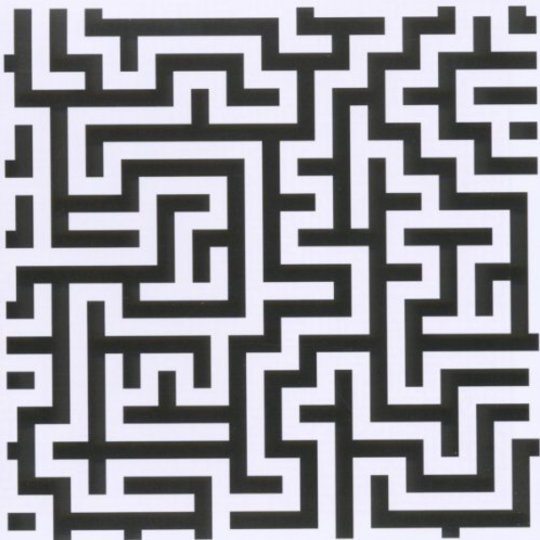 The two principal criticisms levied at Wooden Shjips are that a) all their songs sound the same and b) they are derivative. An appropriate response to the former accusation can be found within the liner notes to the Dischord label’s 20 year anniversary box set, and their persuasive defence of Lungfish; 'Critics have complained that Lungfish seem to only play one song over and over, but those in the know say this: "yeah, but what an incredible song!"' One reviewer of the Shjips’ 2009 album Dos in a reputable avant garde music mag was particularly offended by the latter transgression, accusing the band of 'meaningless pastiche… and "whatever, dude" solipsism.' And by god, if there’s one thing you don’t want to be accused of then it’s ‘whatever, dude’ solipsism. Unoriginality can, however, be justified, so long as it is done well, and executed with enough integrity and apparent honesty. Jon Spencer has managed to be both derivative and brilliant. More recently, Endless Boogie have shown that the accusation of imitativeness can be obliterated into irrelevance by sheer awesomeness of execution.

Whilst said critic felt Dos was the handiwork of 'calculated and cynical hacks', it might be contended that the Shjips do in fact possess substance and authenticity, and if evidence is required then one need not search far beyond lead singer and guitarist Ripley Johnson’s mad face and beard. He looks like Gregori Rasputin managed to survive poisoning, gunshots and beatings at the hands of the Tsarist nobility, endured the perils of the freezing river Neva into which he was plunged, swam the Atlantic Ocean (via the Gulf of Finland and Baltic Sea, naturally), settled in California and began celebrating his new life by ditching his monastic robes for a greasy t-shirt and getting gigantically and infinitely sedated. And if the music he makes seems at first samey and uninventive, witness the Shjips live (preferably whilst slightly inebriated and sleep deprived at a Butlin’s holiday camp) and they couldn’t be more hypnotic if the mad monk of San Francisco swung a pocket watch in front of your face and repeated the mantra 'you are feeling groovy… very, very groovy…'

The earlier releases of Moon Duo, Johnson’s side-project with his partner Sanae Yamada, sounded suspiciously like a lo-fi version of Johnson’s main band (same echoing vocals, same psychedelic guitar effects, similarly monotonous rhythm tracks); a derivative of a derivative. Mazes, thankfully, expands their sound and sees the duo escape the Shjips’ shadow to exist in their own right. On the title track, as on ‘In the Sun’, Yamada’s bright organ sound is brought to the fore and, if its prominence provides variation in dragging Johnson’s style from the Seventies further back into the Sixties, it’s better to be aping those two decades than jumping on the overburdened Eighties bandwagon.

At times Mazes also picks up the pace a little, again on the title track and on ‘Run Around’ with its upbeat choppy riff, during which the usually laid-back Johnson struggles with the faster tempo to get his words out in time. He does get to relax, however, on the more naturally comatose ‘Scars’. Like J. Mascis, Ripley gives the impression that singing is but a compromise allowing him consent to do what he really wants, which is to play loopy wig outs on his six-string. Though Johnson’s style differs from the Dino Jr man, again like Mascis he is a player that can pull off the rare feat of tearing into numerous regular and lengthy solos without coming across as an indulgent, bragging irritant. ‘Fallout’ demonstrates this perfectly, with cloudy, hazy, blissful licks played over a krautrock backing, its only drawback is it fades out too soon.

The highlight, however, is ‘When You Cut’. Pleasurably incongruous, here Johnson repeats the words “I feel the walls closing in on me” over promiscuous hippy keyboards, euphoric guitar-work, and celebratory handclaps. Feel the walls closing in? The only way Moon Duo could sound more 'free' would be to record in a vast open field on Bastille Day accompanied by Nelson Mandela on bass with John McCarthy providing improv sax at the precise moment the laws of gravity decide to take a day off.