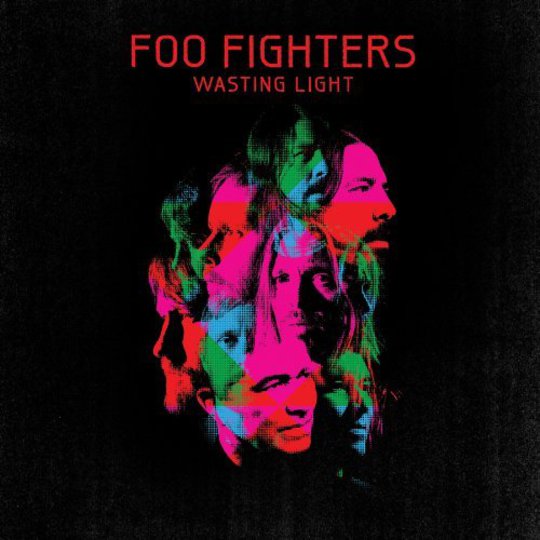 In a way, it's very hard for me to say bad things about the Foo Fighters. On a personal level, they were a gateway band who bridged the gap after Nirvana and led on to other discoveries. They were always great live, and Dave Grohl unnervingly likeable in the way only the extremely nice can be. But though their popularity grew year on year after The Colour And The Shape, the fruits of their labour became somewhat generic and predictable. Albums, although serviceable, with the odd highlight dotted about them, came and went.

So it is with Wasting Light. Although some wags have no doubt already christened it Wasting Time or Wasting Air, for the long term listeners, there's the same sound they've come to love through the years. And with Pat Smear back in the fold, Butch Vig producing and Krist Novoselic guesting, the Nirvana connections are back in full force. A back to basics approach has been emphasised in the run up to the album's release: it was recorded and mixed in Grohl's home studio, and there's a mini tour of garages for lucky American fans. Add to that the fact that the time elapsed since 2007's Echoes, Silence, Patience & Grace would surely allow good material to build up, and a return to form would seem likely to be on the cards.

What a shame then, that Wasting Light is so straightforward and template driven. Even with a third prong to the guitar attack, the material on offer very rarely gives the players anything to really sink it into. 'Bridge Burning' is a fairly tame mid-tempo opener. Despite starting with a clever interlaced guitar sequence, soon enough we're into a song that could have come from any of their last three albums, and wouldn't have made the cut on the first two. 'Rope' is more of the same, all double tracked vocals and twisting guitars. Musically, it's more interesting, until again the chorus kicks in, and they're crushed by the Big Rock techniques that have served them so well in the past. At least here there's a sense that they're pushing themselves a bit in the middle eight. Bob Mould pops up on the next track, 'Dear Rosemary' and doesn't make it significantly more interesting. 'White Limo' is one of Grohl's better efforts. There's a genuine sense of urgency to it, his masked vocals and screeches menacing and effective, the band behind him finally hot rather than warm.

The following five tracks are literally filler. That isn't to say they aren't effective, well played, considered, put together. There's just no fire or intent behind on offer, and the contrast between them and 'White Limo' is stark. Things pick up for the Kurt Cobain inspired 'I Should Have Known', even if it doesn't really benefit from its Novoselic guest spot. The bass is higher in the mix to signal his presence, and that choice seems a little heavy handed on an otherwise touching and balanced slower song. 'Walk' is another closing number that fails to live up to earlier works.

So there you have it. Another Foo Fighters album with a smattering of good songs to fit into their stadium sets. It is exactly as you would have expected it to sound, and ultimately that isn't enough for anyone who doesn't rush out on the day of release to buy their albums. The Foo Fighters' concern isn't in gaining new fans by this point, though. Nor is it really in releasing albums that can match or surpass their prior work. It is in creating a string of near identical albums, stretching out to infinity from here on out, each less challenging than the one before. That's what career bands do, even if their intentions are to create something more ambitious and worthwhile. This album is not the exception to that rule.