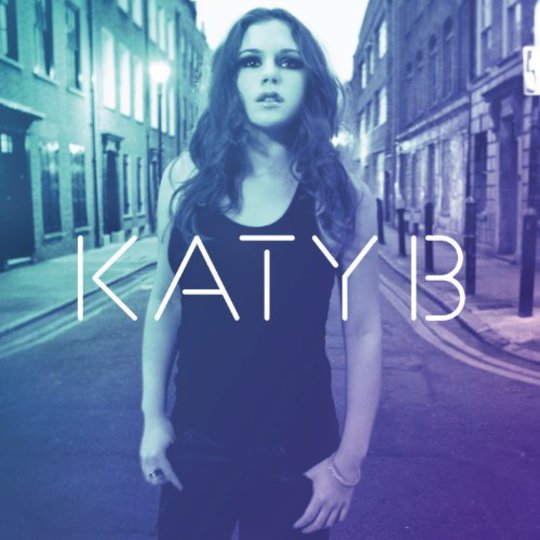 On A Mission, as much as it’s a sterling debut album, is also a bit of a gnawing dilemma. That is to say, it confirms Katy B as an artist who’s especially tricky to frame: over 55 minutes, her voice rides atop maybe four or five identifiable subgenres, without being betrothed to any of them. Assuming you have a passing affinity with the London-raised Kathleen Brien, and the brains you were born with, you’ll realise she’s not actually 'the queen of dubstep' (a title which, distressingly, seems to have legs), but neither does On A Mission specifically carry a banner for its stepchild, UK funky.

The solution, then, is surely to divorce this record of all social context, and just talk about the music. Isn’t it? After all, these 12 songs aren’t intrinsically affected by the fact that Katy B looks set to be the first bona fide pop star to have emerged from the corridors of Rinse FM, either before or after its transition from hooky garage pirate to above-board urban frequency. Or that it offers the possibility of an equivalent boost for producers Geeneus and Zinc, both roof-raisingly respected in the garage and funky scenes but yet to be exploited by other chart acts. Or that Katy appears to be near-uniquely rare in having attended the BRIT School for aspirational showbiz kids, before achieving success via channels which have dick all to do with her alma mater.

However, to pretend that none of this was relevant to On A Mission would sell a lot of people short, very much including the lady herself. It would also be a witlessly shut-in way of looking at an album borne out of hundreds of weekends of London clubbing, and experience that begs empathy. The scenarios Katy’s lyrics describe are by no yardstick extraordinary. Relationships, or perhaps a relationship, descend into emotional seesaws of envy and bitterness; palate-cleansing nights out are blurs of ace pals, lame dudes and clubs that finish before you’re done raving. Miss Dynamite, who took a highly similar garage-belter-to-chart-staple route almost a decade ago, helps to illustrate the last of these concerns, on previous single ‘Lights On’.

This makes for that rare tightrope walk: a pop album which comes off as written from life while also addressing the concerns of its audience. And this is pop music, don’t get it twisted – as I said in the opening paragraph, it’s hydra-headed genre-wise, and the assembled bootroom boys stamp their identity with a defiance, but it’s equally a playground for Katy’s stirring vocals and buoyant personality. Essentially, the only tracks that aren’t commercial radio hits-in-waiting are the ones which already achieved that status.

Magnetic Man, aka Skream, Benga and Artwork, notch writing credits for three of On A Mission’s tracks, including a shortened version of ‘Perfect Stranger’, which already appeared on their rubbish 2010 debut album. Despite this being the least auspicious moment of Katy’s equivalent effort, their other two efforts are a sight better, and suggest that their apparent, self-invented niche of 9.30pm Carling Academy dubstep might not be the total dead duck it appears. ‘Go Away’, where Katy’s vocal performance is about as close as she gets to melismatic, is a sprightly mixture of twinkly, trancey melodies and shuffling whipcrack snares. ‘Easy Please Me’, meanwhile, has an awesomely addictive one-finger keyboard riff and a reasonably comprehensive list of what our heroine is looking for in a man. (Basically: be passionate about your ambitions; don’t be a jumped-up dick; don’t be in prison; post on an indie-rock messageboard.)

Benga is also the main brain behind ‘Katy On A Mission’, the song that introduced her to the wider public – and whose lyrical evocation of the whack of sub-bass is soundtracked by post-‘Wearing My Rolex’ electro-dubstep with appropriately wide bottom end. All that aside, it’s Geeneus (Katy’s manager, as well as producer) and Zinc who are being opened up to a fresh audience. ‘Why You Always Here’ bounces with the deft, rhythm-led touch that’s rendered Geeneus one of funky’s most important movers; Zinc’s ‘Witches’ Brew’, immediately following, is a more sinewy animal, reasonably for a man who came up through jungle and calls his DJ style ‘crack house’.

The point to take away is that there’s nothing about them – nor ‘Broken Record’, nor ‘Disappear’, which has an ineffable, almost folk-like melancholy and makes a quiet claim for album highlight – that ought to be inherently alien or alarming to purely pop-raised sensibilities. Sure, its roots and foundations lie in a world of white labels and wilful exclusivity – but if you’ve ever listened to a commercially-released funky mix by, say, Crazy Cousinz, or Geeneus himself, and thought to yourself that these jams should rightfully be blaring out of a thousand Friday night Yates’, On A Mission is on its way to turning that mildly grubby dream into reality.