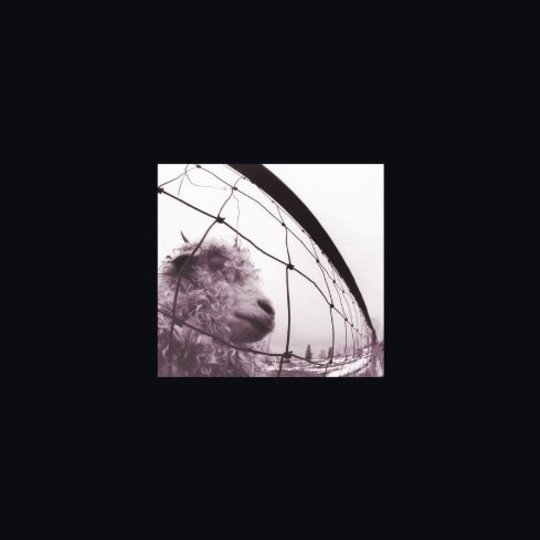 Shortly before 1993’s Vs, around the time Kurt Cobain was decrying the band as sell-outs, the NME accused Pearl Jam of ‘trying to steal money from young alternative kids’ pockets’. Eighteen years on and the band are widely accepted as pretty much the last of the grunge survivors, hailed by some as the greatest American rock band alive, and those kids - well, they’ve all grown up. Time for another £130 box set, then.

It’s the turn of albums #2 and #3 this time: hauled from their beds and hosed down with pressure-cannons, force-fed bonus tracks and waterboarded with ‘memorabilia’. For the lesser fans there are lesser options, the Super Deluxe Box Set giving way to the Deluxe Edition, the Legacy Edition and, for the proles, a simple Remastered LP.

It’s the kind of release that should be caterwauled at with cynicism. Major label - to whom band is no longer signed - takes a few moments out from blankly staring into the abyss of their own increasing irrelevance to rape some last desperate pounds from a two-decades-old property? It’s a deja vu that’s become a tinnitus.

And yet it’s hard to deny that both Vs. and Vitalogy were, and remain, pretty landmark albums. Ten may have gotten the press but it’s Vs. that made the mark, the opening stabs of ‘Go’ a clear rejoinder to the whispered introduction of their debut. Scaling back on the guitar breaks that so riled Cobain, the album retains a potency and focus throughout: harsher and more in thrall to bouts of noise, more open to experiment without sacrificing the warmth at its core.

Vitalogy was harder, more erratic, trading the clarity of Vs. for a sludgier minor key. Characterised by darker themes and bleak restraint, its few moments of release seem overcompensatory, the rush of ‘Spin The Black Circle’ the frenzied motion of the manic depressive. It’s the album where Pearl Jam first indulged their more left-field impulses, the fever-dream discordance of ‘Bugs’ and the dirge of ‘Stupidmop’ a counter to the radio-friendly unit shifting ‘Better Man’ and ‘Corduroy’.

So, any real differences here? Not so much. The remastering makes for a sharper listen, sure, but it’s not thatnoticeable - certainly not when compared to 2009’s remix of Ten. That update rendered the 1991 version pretty much unlistenable, faded and worn like a photocopy of a photocopy. This - well, it’s a bit louder in places. That’s about it. Maybe my headphones don’t do it justice.

Which leaves the new tracks. The Vitalogy disk presents spot-the-difference takes on ‘Nothingman’ and ‘Corduroy’ that will interest few outside of the half-lit recesses of the fan forums, whilst the guitar/organ rendering of ‘Betterman’ takes the song and channels it through the speaker of a Vegas elevator. Vs. does much better, an acoustic ‘Hold On’ a distinct improvement on the Lost Dogs version whilst studio outtake ‘Cready Stomp’ offers a diverting if inessential showcase of the lead guitarist’s prowess. Finally, their cover of Victoria Williams’ ‘Crazy Mary’ is excellent, and whilst it’s not new - the song features on numerous official live bootlegs - Williams herself provides backing vocals here, her soft timbre an apt accompaniment to Vedder’s more throaty tones.

The Deluxe release also packages a 1994 live album from the tail-end of the Vitalogy tour, Live At The Orpheum Theatre, with a tracklisting that reads close to a career high-water mark. Sure, there’s no ‘State of Love and Trust’ or ‘Yellow Ledbetter’, but for the many who viewed the band’s post-Vitalogy drift towards art-rock with a hissing aversion it’ll provide a certain comfort. For the rest of us it’s just another Pearl Jam live album, to go with the several hundred already available. The energy’s rawer, perhaps, the delivery more hungry and urgent, but 2003’s Live At The Garden is better.

So, is it worth it? Excepting ‘Crazy Mary’, if you own the albums already there’s nothing essential here. And if you don’t, you should. Whatever furrows of tedium the band might have plowed in recent years - I’ve yet to fully repress Backspacer - Vs and Vitalogy are still stunning albums, and if these new versions do nothing more than encourage us to revisit them, well hey - that’s still purpose enough.