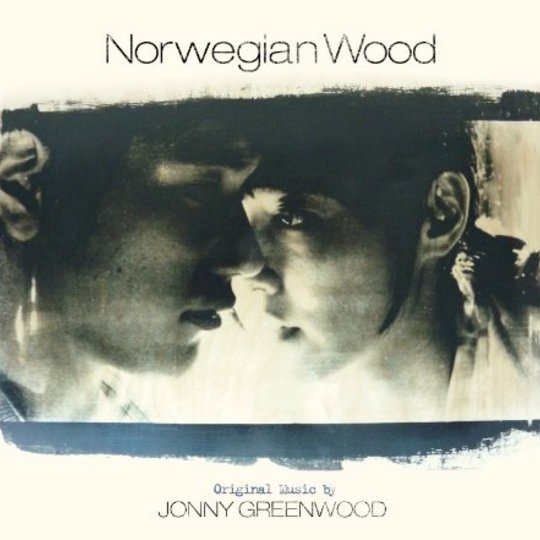 With a legion of Murakami fans out there, and with Norwegian Wood almost certainly being the simplest of his books to adapt for the screen, it was always the most likely to be made into a film. So a couple of weeks ago, I went to see it at a screening. Having read the book, and being a fan of Asian cinema in general, the fact I wasn't blown away by it did take me by surprise. Accidentally overheard someone saying that there were only 40 pages of script for over two hours of screen time, and the lack of interaction between actors stretched my attention span to the limit. It became a borderline period melodrama, and despite being well constructed, beautifully shot, and very faithful to the original work, there was definitely something lacking to push Tran Anh Hung's adaptation from being good to great.

On the plus side, one of the strengths of the film was my other reason for being there. Jonny Greenwood is no stranger to soundtracks these days, and Norwegian Wood benefited from his instrumental score greatly. Sympathetic during the build up, then sweeping and opaque in emphasis, his soundtrack gave the film an extra emotional depth. The players, the BBC Concert Orchestra conducted by Robert Ziegler, and the Emperor Quartet have found tiny nuances in their sections and accentuated them. On 'Reiko', the Emperor Quartet bring the music to life, their three violins and cello taking the lead and intertwine to push forth a heightened sense of fragility and violent emotion while retaining a sense of restraint. Having worked with Greenwood on Body Song, they show what a solid understanding between composer and players can really mean for the execution of a work on 'Ate mo Naku Aruki Mawatta'. It could have been one of those blink-and-you-miss-it moments, but manages to be cinematic in scale without being 'soundtracky', which is no mean feat in under two minutes, even with an orchestra in tow.

Music of the era in which Norwegian Wood is set is vital to the ambience of the film too. Can, a band to whom I'd never really given much thought, have a few songs too. Having been covered many moons ago by Radiohead, it's hard not to look for and see the influence they've had musically from just the few examples given here. Although this won't be telling fans of the band anything new, Can have a dense multi-layered sound, guitar-led but acutely reliant on polyrhythm. The obvious debt Radiohead owe them for songs like 'Optimistic' is repaid here with their inclusion, and 'Bring me Coffee or Tea' and 'Don't Turn the Light On, Leave Me Alone' will no doubt find them a new mini-legion of converts.

But if Can are included, then there are a couple of significant absentees from the soundtrack roster. 'Norwegian Wood' by the Beatles is the most obvious, but then again, it's also a song that has so much weight within the context of the film that its presence would have been too much for the rest of the soundtrack to bear. Its absence is only felt in terms of completion's sake. More sadly missed is 'Indian Summer' by The Doors, one of their looser, more languid tracks from Morrison Hotel. It can only be speculated as to why it isn't on show here, despite being expertly and appropriately placed within the film itself.

Regardless of these minor niggles, the Norwegian Wood soundtrack offers the casual listener much, and asks for very little. Some might consider it a too 'background' for stand alone listening, but if you're in the right frame of mind and have a decent set of headphones those opinions won't count for much. It's a solid addition to Greenwood's burgeoning catalogue, and worthy of a listen in its own right.