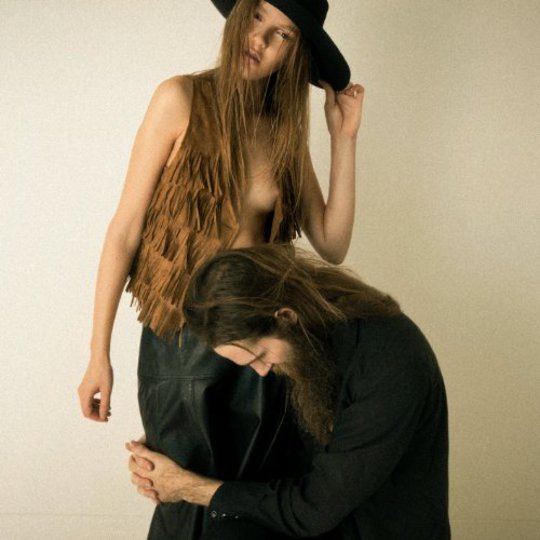 How do you crystallise the ragged, shattered fragments of heartbreak into musical figure and form? The thin, indistinct, practically invisible line dividing genuine catharsis from over-sentimental blustering has always been the ultimate meridian for singer-songwriters. And given that human emotion is by its very nature given to hyperbole and overwrought avowals, the ability to temper this while still maintaining a hand over your heart provides a challenge befitting only the brave and the brilliant. Avoiding the potholes of self-indulgence, petty jealousy, bitterness to create something genuinely beautiful and affecting is a nearly impossible task. Precious few succeed.

Speaking of hearts, heaven or hell only knows what beguiling creature caused Josh T. Pearson to pluck his from his chest whilst writing Last of the Country Gentlemen. But it’s fairly safe to say she must have been something rare and special. The former frontman of lauded outfit Lift to Experience, Pearson spontaneously and unexpectedly quit music after their sole album, 2001’s sprawling The Texas-Jerusalem Crossroads and retreated back to his homeland, finding solace and sanctuary in menial jobs, playing guitar for meagre fees at local bars before eventually making his way back, step by careful step. But it’s clear there’s been some pain along the way. His debut release eschews the atmospheric, shoegaze fog that characterised Lift to Experience in favour of a cloud of fluttering arpeggios, brutal and beautiful acoustic guitar and Pearson’s distinctive voice; part sob, part whisper, part growl, part lullaby. It is an epic journey of emotion through the bleak, torn landscape of a broken heart. And though filled with sorrow, it is nevertheless quite, quite magnificent to behold.

From the gilded shimmer and remorseful falsetto of opener 'Thou Art Loosed', with Pearson proclaiming “I’m off to save the world… at least I can hope”, it’s clear that something remarkable is afoot. ‘Sweetheart, I Ain’t Your Christ’ is the album's first epic: an 11 minute metaphysical conceit combining secular desire and religious devotion, which suddenly morphs in structure and tone midway through, becoming more angry and despairing as Pearson desperately searches for a solution for a relationship he already knows to be doomed. ‘Woman, When I’ve Raised Hell’ is a more standard, sorrowful country ballad but comes gloriously bedecked with strings and climactic swells of choking sound. The sound of the record is captivating: equal parts sparse, minimalist whisper and emotional overwhelm. The conflict and confusion between the two are what makes for such an intense, perfectly lit stage amidst which the tragedy can be unfurled.

The towering centrepiece of the record is contained within the astonishing 13 minutes it takes for ‘Honeymoon’s Great! Wish You Were Her’ to unfold. As gasps and sobs of strings rise and fall, Pearson sings with naked, unguarded grief, often sounding like he’s on the verge of tears as he struggles to reconcile his inner demons through a real or imagined letter from his regretful honeymoon, dictated to a woman he will forever love, but never be with. Lyrically, it is jaw-dropping - as devastating as anything in recent memory: vivid sketches of despair and frustration drawn with stark, painful and precise simplicity:

Whenever we make love, I’m made sadder every time.

Because I feel like I am cheating on a woman who’s not my wife.

I kiss your lips and I feel her whisper back up into mine.

She’s saying ‘I wish I was her’

Though four of the record’s seven songs outlast the ten minute mark, one of the most striking aspects of the record is how little you notice the passage of time. Pearson has a remarkable ability to slow-burn his musical fuse; dextrously elongating his songs to ensure every track remains utterly compelling. On first listen, it’s tempting to find issue with the prolonged codas of certain songs, as vocals and guitars re-emerge to echo lines and motifs unexpectedly from nowhere. But they seem to exist almost as metaphors for sorrow, a musical representation of how ancient memories and regrets creep upon you when you’re least expecting it, haunting you even when you’ve convinced yourself that you’ve exorcised the ghost. And ultimately, it all spills into cathartic, overflowing release with the furious, self-lacerating ‘Sorry in a Song’ and the weeping, mournful ‘Country Dumb’ as Pearson self-analyses himself against the backwash of the record, trying to make sense of the wreckage left within its wake. In the course of 60 minutes, Pearson has wandered up the twisted, alternate road to The Opry, sat by the stage to hear Jason Pierce’s blues sermons, learned from the lessons of Jeff Buckley, admired the ghost of Gram Parsons and returned to you stronger and wiser. By the time the choral epilogue of ‘Driver Her Out’ fades into silence, you’re drained and dazed; almost as if part of Josh’s burden has been passed, as if by association onto your shoulders.

There is absolutely nothing artificial about Last of the Country Gentlemen; nothing false. It is unflinchingly honest, sharp and unfiltered. And precisely because of this, the album’s emotional gut-punch is all the more painful and disarming to endure. Like listening to Elliot Smith, Ian Curtis or Hank Williams, you are acutely and uncomfortably aware that he means every single word: a nagging sense of guilt, even voyeurism comes upon you for eavesdropping on such personal grief. But the true beauty of the record is defined by its intimacy. And its appeal will be measured in how so many people will hear this album and recall their own tales of bitterness and lost love: each ragged string raking across your scarred memories, each lyric exploring the hieroglyphics scratched into the wrinkles around your eyes. In shedding his layers of pain, Pearson reveals his heart: broken and bloodied, but still beating, still fighting. We share and revere in his redemption, rarely has something so physically fragile sounded so mighty in its emotional resonance. A truly magnificent record.