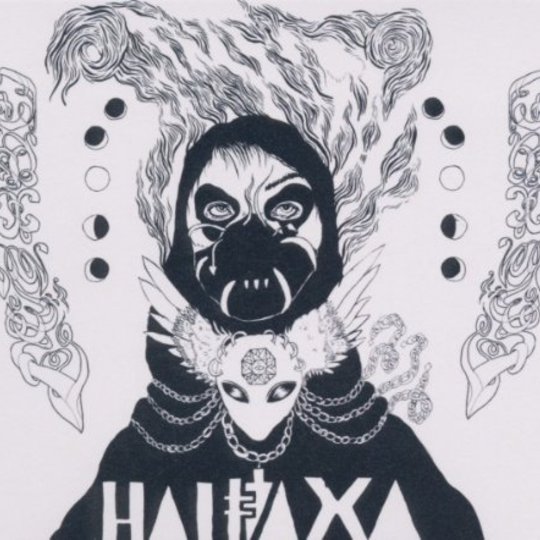 'Tiger Fuxx, 'Haunted Necklace', 'We Are Touch'... hours of irreverent 'fun' spent fooling around on the Witch House//Chill Wave//Name Generator game brings up all manner of nonsensical appellations. But when David Keenan used the term 'hypnagogic pop' to describe the current wave of low-rent electronica, things got a bit serious.

An overstated classification to some, it is to others a useful and articulate way of placing the contemporaneous musical zeitgeist within some sort of sociological context. And what's the point of music if we can't be a little bit serious about it from time to time? Ignoring individual subtleties between artists, it grasps the universal spirit of post-modernism rife amongst this hypnagogic set. For, making up in knowledge what they lack in any formal musical training, these twentysomething GarageBand whizz kids are by-products of the internet age, magpies who appropriate vast stores of music to use and abuse for their own personal laptop endeavours. And 22-year-old Canadian Grimes- aka Claire Boucher - is the latest glo-fi crusader to colour the vista with her eerie, otherwordly hues.

Boucher's fascination with outer space and her 'inability to connect with people on a personal level' informs her aesthetic. She is a lost soul ambling through an infinite void of nothingness, with celestial "oooohs" and eerie soundscapes to reflect this sense of isolation. Unfurling wisps of disjointed electronics and heavily obfuscated lyrics (rendered all the more unintelligible by her song titles), Halfaxa pays homage to a vast canon of pop, from Mariah Carey to Depeche Mode.

'Goth-pop' (as Boucher herself is calling it), is a fairly apt description, encapsulated by the blasts of Siouxie Sioux guitar in 'Devon', and the excruciating, nails-against-chalkboard screeching of 'Dream Fortress'. 'Intor/Flowers' aligns Grimes with the witch house crowd, bringing in industrial, skewed, hipster ready beats. But 'Sagrad' shows Grimes at her most whimsical, setting Newsom-esque wails against delicately synthetic harp-led percussion. Although the track takes a sassier u-turn as the synth-pad gathers speed; R'n'B style vocals edge in and Boucher's impish cries become confident declarations (“Baby, I'm ready to go”), a nod to the coquettishness of Mariah, perhaps.

As 'Weregild' lifts Halfaxa into the realm of the radio friendly (it's the closest the record ever gets to a 'hit', with its clamour of retro synths and cooing vocals), the reverberating Warp ready electronica of 'Dragvandli' gives the record some bite. There's an air of Eastern Mysticism to Halfaxa, placing Grimes alongside acts like Prince Rama, How to Dress Well and Nite Jewel. But where these artists create a sense of warmth, Grimes is decidedly icy by comparison.

This is not the kind of gut-wrenching, heart-racing, shiver-inducing stuff that knocks you for six and leaves you gagging for more. But as nostalgic, hand-crafted pastiches of contemporary pop music go, it's pretty good.