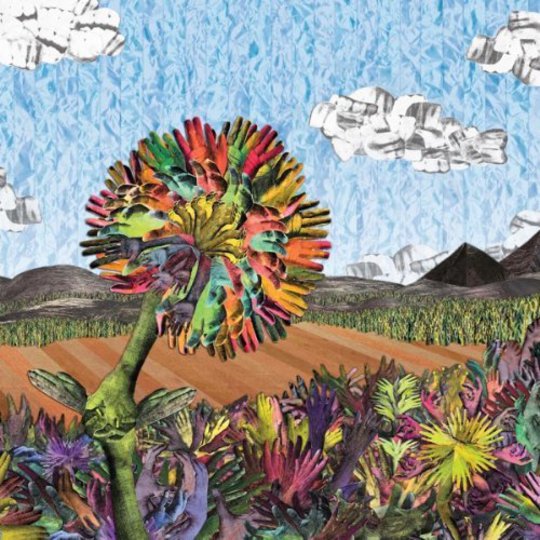 Parts & Labor proudly style themselves as a ‘noise pop’ band and with this, their fifth record they really make good on the promise of that particular tag. Whilst they will be far too noisy for the X-Factor crowd and far too poppy for the Power Electronics brigade, everyone else should be very pleased indeed with the way that this Brooklyn trio manage to weld crunchy rock noise to anthemic pop hooks.

The 12 tracks on offer here all follow pretty much the same template. They generally start off with a naggingly catchy and squiggling hook: for the first few seconds you’re left to wonder exactly how it’s been created: is that an electronic guitar processed to sound like a synth? Is it a synth distorted to sound like a guitar? These questions are soon obliterated by the sound of the rest of the band crashing in: drums and bass gathering avalanche-like momentum before the vocals arrive. Neither Dan Friel nor BJ Warshaw are going to win Vocalist of the Year 2011, but just as with Women's Public Strain, the vocals work well as an integral part of the music rather than the element that dominates the sound.

Also noticeable is the positivity of the vocals and lyrics on most of Constant Future. Images of nature abound, especially towards the end of the record when a rousing and powerful chorus reminds us that “Nothing grows without a seed” and in ‘Bright White’ when they sing about “following the swallows through the snow”. A lot of bands with Parts & Labor’s speed and bite channel their music into aggressive moods; ‘Constant Future’ however gives us the sound of a band who have turned away from the dystopian vision of earlier work to harness fast muscular music to make it sound uplifting.

Some of the credit for Constant Future’s full and almost overwhelming sound will go to Dave Fridmann who co-produced and mixed the record. His more-is-more approach arguably hasn’t always served the bands he’s worked with that well but it fits Parts & Labor’s speaker-thumping room-filling sound very well indeed.

One of the other noticeable things about Constant Future’s sound is the constant sense of forward momentum: there are no tracks longer than four minutes, nothing ever stagnates. A lot of other bands with access to Friel’s sonic arsenal of guitar and keyboard sounds and effects would let things degenerate into free-form noodling, but on Constant Future there’s a tightness, an underlying structure that never lets up.

In fact, if you are looking for a criticism of Constant Future it is probably this; there isn’t much variety on show here. Each song has an electronic hook, pounding drums and anthemic vocals: there are no quiet interludes, no acoustic guitars or string sections on show here. Constant Future is the sound of a band who, after nearly ten years together, are comfortable with their sound, who know exactly what they’re good at and sound like they’re having great fun doing it.