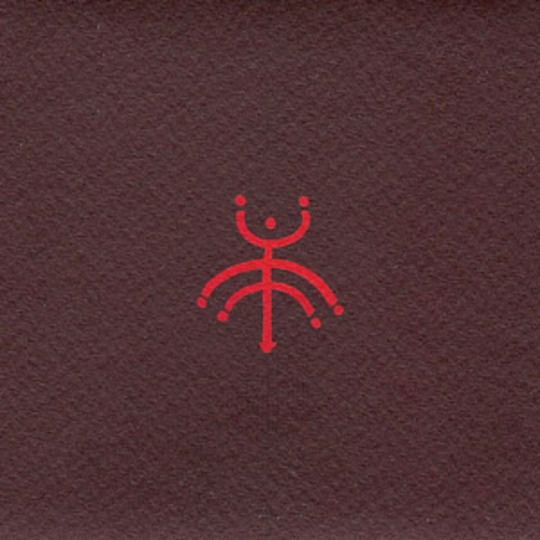 Mamuthones's heritage is distinct and brazen, an exploration of the relationship between silence and noise. For this self-titled album it reunites Jennifer Gentle’s drummer Alessio Gastaldello and front man Marco Fasolo, who here takes on the production and guitar duties. This, however, is far too dark and petrifying to be considered anything veering toward a Jennifer Gentle release. Mamuthones is its own, horrific, beast.

Gastaldello delivers suitable voices, mostly whispering with menace (on ‘Ota Benga’, which also appeared on 2009's Sator, though in a more scuzzed up performance) or grunting like a goblin. These evocations create a nicely Dario Argento-esque nightmare that’s taut, ugly and exhilarating, but it’s the rhythms of 62-year-old drummer Maurizio Boldrin that really steer this deep into the night.

With Gastaldello’s love of drone, Mamuthones's glacial, Fripp and Eno-styled sheen still streams throughout the release, but now Boldrin hacks songs to pieces, pushes them into swamps and generally plays satisfying havoc in the studio performances. As the album opens with intermittent accordion and percussion in ‘The Call’, it's not until the tribal pounding of ‘The First Born’ that you really get a sense of where this album is going. Then it proudly puts on its Venetian mask and starts summoning the depths with a slow guitar riffs and funereal procession keyboard lines. Throughout Boldrin keeps time with the efficiency of a machine, whilst striking with a looseness that sounds akin to throwing empty boxes around a cupboard.

This album isn’t pretty. Legs are stuck to the chest and eyes to forearms. Moments of calm sizzle and elate but inevitably come crashing back to chase-scene tension. ‘Kash-O-Kashak’ starts with samples of a sermon or procession and quickly develop into a krautrock tempo and guitars that frantically buzz and flitter, beautifully, through scales and modes. It evokes hot, dusty nights and is suitably hazy and soporific. This is followed by ‘Mj74’, which is four minutes of cymbals and vocal drones actually recorded by Boldin in 1974.

As danger is teased out of calm in different ways, it displays Mamuthones’s understanding of the physical power of music. Fuzzed guitars chase the listener and creep into the mix. Drums strike unfalteringly, at moments with power at other points with a leaden thud. These different presentations of tension are enthralling.

Mamuthones succeeds in its objective with ease; it disorientates, disturbs and invigorates. As it closes with the 13 minute ‘Ave Maria’ it does as is its will, threading noise into silence, death into punk and the demonic into the beautiful.