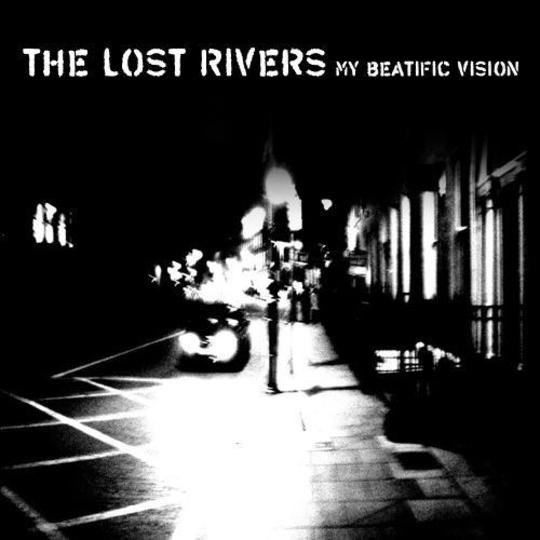 Before anyone telephones the xenophobia police, it is not wholly inaccurate to suggest that Germany's more recent musical exports have been ensconced in the techno and metal scenes. But while the current penchant for all things krautrock gathers momentum courtesy of English experimentalists such as Factory Floor, there's been little to get excited from the home of Faust, Neu! and Can.

Enter The Lost Rivers, three extreme noise terrorists from the southwest state of Baden-Wurttemberg, an area more renowned for its prosperous industrial background rather than musical heritage. Having formed in the early part of 2008, they've slowly but surely honed their sound to levels of abrasive intensity. Even then, it took until the summer of 2010 for their first release to emerge - a split 12-inch single with fellow German leftfielders Others In Conversation - but since those two pieces of seismic melody first landed in this scribe's iTunes library, their next offering would turn out to be one of the most eagerly anticipated of its kind.

Here then, in all its glory comes the My Beatific Vision EP, a colossal seven-song maelstrom of heaven-scraping, feedback and reverb heavy drone pop that leaves little to the imagination. While comparisons with the aforementioned New York trio and earlier incumbents of such wares like Spacemen 3, Loop and The Brian Jonestown Massacre are inevitable, there's an immeasurably distinct edge to The Lost Rivers make up that sets them apart from most of their peers both past and present.

For starters, the opening ten-minute salvo of dense claustrophobia that is 'Death Of Eve' would perhaps be labelled as commercial suicide under any other banner, but here its sonic avalanche of crushing intensity oozes ambition to the extent its finale, delivered courtesy of ferocious guitar waves and haunting vocals, actually resembles the aural equivalent of a sky that's about to collapse. The coarse percussion and acidious groove of 'See Me Alive' restores parity to a less pulverising three minutes, while still achieving more in one song than the Black Angels rather disappointing Phosphene Dream managed across an entire album.

The disturbingly menacing 'Too Soon' follows a similar path to that of the Jesus & Mary Chain's earliest dalliances, except there's a feeling throughout its power-driven gluttony that this isn't an exercise in trial and error, but more an appropriation of its creators holistic intentions. 'Wrong And Right' even suggests there's a punk rock element to The Lost Rivers, a point ably demonstrated on the Joy Division inspired 'Stay', Phil Wolkendorf repeating the words "I won't stay for nothing" over and over until the song's bitter subsidence.

The penultimate 'Serenade' couldn't be more inappropriately titled if it tried, its visceral undertones displaying a harrowing tenacity that's more akin to a requiem. At times deceptive, Wolkendorf takes the subtle approach vocally until a halo of tube screaming histrionics converge the song's final third like a stupendous tornado. The closing 'Endless Reminder' takes the blueprint of Loop and adds a dose of Nine Inch Nails sonic malevolence that all ravelled up with the six pieces preceding it make this EP one of the most gratifyingly pugnacious collections bestowed upon 2011 to date.

The King of Limbs