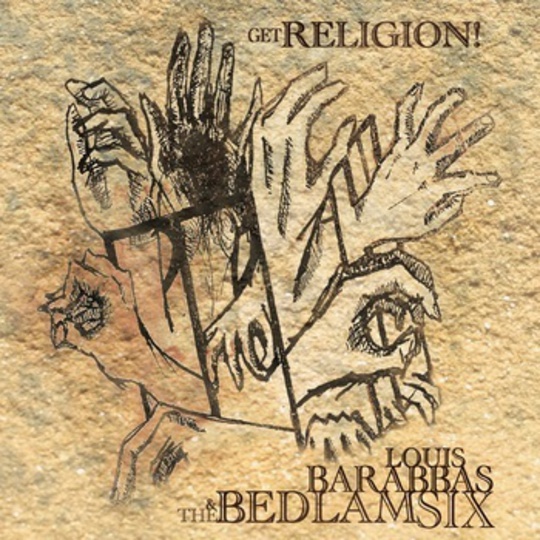 I remember seeing the new swing revival kicking off in the late Nineties, headed up by leading lights the Royal Crown Revue. The scene had a bit of coolness about it... the punks learnt how to dress and swing dance lessons were booked up over the place. For a while there it looked like swing and lounge were the new alternative and here to stay... having seeing Royal Crown Revue a couple of years later, they just seemed to be a very bad parody of all that went before them.

All the while the cabaret and burlesque scene was bubbling away underneath the surface, somewhere in speakeasies and basements of bars There is no denying cabaret is starting to be pushed into the mainstream now and some of the acts to come out are just rehashing sounds of the past to sound cool. Louis Barabbas & The Bedlam Six are defiantly not in this category. I’m sure I wouldn’t be the only one to approach vaudeville folk with a bit of caution, but these guys are on money with a refreshing vintage sound mixing up their influence of blues, swing, jazz and big band tunes.

Six track mini album Get Religion! starts with ‘Months and Moments’, a gentle piano opener turning into a boozed-soaked foot stomper story of two lovers, with singers Louis and Ali’s vocals complimenting each other like a whiskey and a Cuban cigar. ’Love at Price’ is a upbeat swing number in which the band come into their own with driving trombones invoking the sound of and sights of roaring Twenties. ‘Save Me’ dips in with a tale of unrequited love before ‘The Light’ picks up the pace with rousing chorus and time for the band show of their chops

‘Matilda Comes of Age’ shows the band's ability to incorporate bloody good yarns into their songs and pull them off well, the music able to push to story to the fore. Closer ‘Hold on to Me’ swings along a hefty pace, with Louis’s monologue bringing to mind Richard Burton's in War of the Worlds.

Based around tales of sin, devils, dames and dirty booze hounds, the stories on this album really are outstanding, and one can imagine their live shows being a treat (rather impressively, they've shared stages with both the Sun Ra Orchestra and Motörhead).

With acts like CW Stoneking from Australia about to take off in the UK and - post Paloma Faith - record companies scrambling around for vintage sounds, then bright times should lie ahead for Louis Barabbas & The Bedlam Six. If these guys are the remains of the Cabaret set in ten years times then we'll all know it's worked out properly. Authentic gin soaked vaudevillian cabaret sounds from Manchester... who’d have thought, hey?