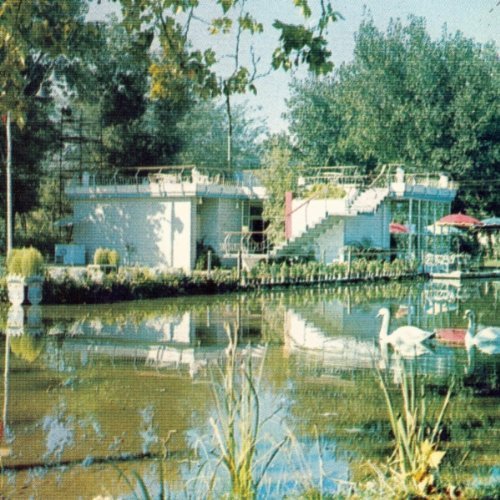 ducktails is the one-man psychedelic pop project of matthew mondanile, guitarist for new jersey's real estate and, more importantly, a proud son of the mid-1980s. at 22 years old, he started releasing his own cassette albums. his first 7-inch came out on breaking world records and was followed by a string of lps, cassettes, and cds on independent labels like not not fun, olde english spelling bee, release the bats, arbor and goaty tapes. now surrounded by a crew of young songwriters, mondanile spends his time either touring or recording in the basement of his parent's house. categorized by david keenan as part of the 'hypnagogic pop' movement, ducktails realizes a shared cultural memory and nostalgia through various genres. 'ducktails iii: arcade dynamics' is mondanile's third official full-length lp and first for woodsist records.
description from www.roughtrade.com