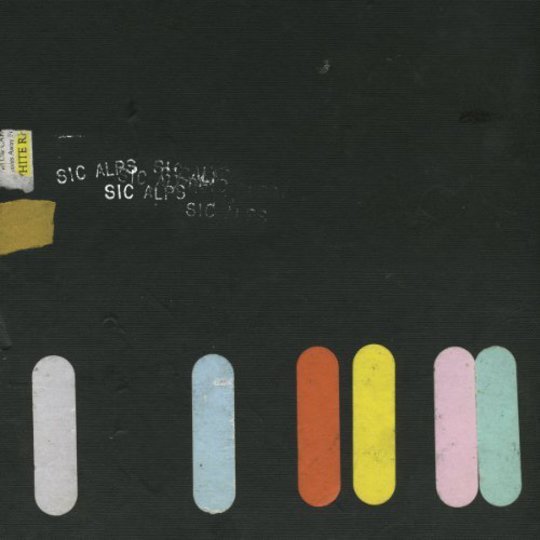 Mike Donovan and Matt Hartman are Sic Alps, a San Francisco-based duo who have been producing lo-fi pop at a prodigious rate since the mid Noughties. Their dual releases in 2008, U.S. Ez and A Long Way to a Short Cut effectively showed off the band’s range, which ventures from all-out sludge noise to Beatles-y influenced melodies sieved through a thick wall of distortion. The latter direction has garnered plenty of Guided by Voices comparisons and those aren’t going to go away with the release of Napa Asylum, which mostly veers toward the short and sweet pop songs that Donovan and Hartman are adept at crafting. The only difference here is the inclusion of former Comets on Fire member Noel von Harmonson, who has been fleshing out the Sic Alps sound since 2009, and turns to guitar, drums, and a variety of other instruments to get the job done on this release.

Anyone who has witnessed the giddy ferocity of Sic Alps’ live shows may find their studio incarnation puzzling — they’ve strictly adhered to the lo-fi rulebook since day one and continue to do so here, ultimately restraining the sheer joyous force that they put across in person. It’s best to think of the recorded incarnation of the band as a separate unit to the live shows, with the group offering a more sober interpretation of its output on record for reasons that are best known to them. Here, we get 22 tracks to chew on, with most of them barely making it over the two-minute mark and some not even stretching beyond 30 seconds in length. There’s nothing here that has the trampled brutality of ‘N##JJ’ from U.S. Ez, and that decision has already sharply divided fans of their work, especially among those who discovered them through their less song oriented debut, Pleasures and Treasures.

The opening track, ‘Jolly’, sets the tone for the album — a gentle waltz melody is bashed into shape over reedy guitar tones, and a sinister vocal melody that hisses forth with an understated menace that pushes it close to Donovan circa ‘Season of the Witch’. The track collapses into itself on a couple of occasions, as Sic Alps songs are often prone to do, but ultimately the shiny pop melodies just about creep through the murk. At times it’s easy to figure out who they’re aping—a little Kinks-style jauntiness sometimes surfaces (‘Cement Surfboard’), occasionally there’s Elliott Smith-style introspection (‘Country Medicine’), but mostly it’s outright Lennon/McCartney homage (‘Meter Man’, ‘Nathan Livingston Maddox’).

The dank production values are primarily due to the band’s insistence on recording everything through their trusty eight-track, and while it can sometimes eclipse the songcraft, they do regularly turn it to good use. ‘My My Lai’ is a dingy piece of discordant flailing, barely held together by loose drum beats that sound like someone bashing away on a garbage can, but memorably fumbling to a close over its one minute and thirty-three second timespan. Even better is ‘Occult Display’, which has a forlorn country-rock feel that is well suited to the grimy production values. The standout track is ‘The First White Man to Touch California Soil’, which somehow ties up all these elements into a palatable whole, with echoing Lennon-esque vocals fighting for space with screaming feedback and a buzzsaw anti-guitar solo that is perfectly suited to their angled take on garage rock.

The biggest criticism of Napa Asylum is that it feels too one-note, with the band rigidly sticking to its fuzzy pop formula throughout and deviating from it too rarely. That said, they are incredibly proficient at churning out this stuff, with songs like the melancholy ‘Zeppo Epp’, the effusive ‘May Ltd’ and the springy ‘Occult Display’ all demonstrating their fantastically adept way of compressing all their impulses into compelling song structures. It’s unlikely that Donovan, Hartman, and von Harmonson are going to give up the basement recording techniques they apply to Sic Alps any time soon, and that’s a great shame—to hear these songs delivered with raised production values, or even just in a closer format to their strapping live shows, would make for some very satisfying listening. For now, this just about gets the job done, but a little more variety, even if it’s just a return to the noisier interludes of those past recordings, would be welcome next time.