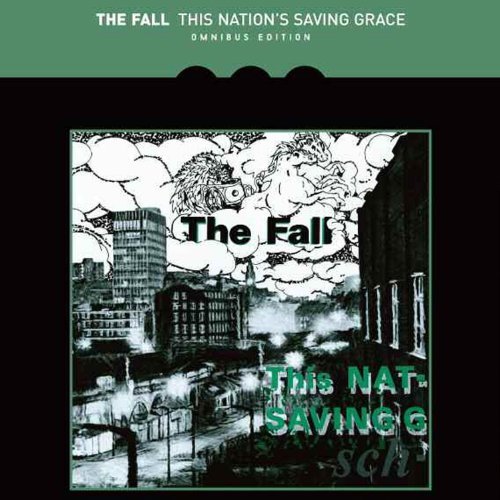 If you want to look back on a legendary band peaking, or even if you just want a place to start, this is it. Welcome to The Fall.»

the 25 years since the release of 'this nation's saving grace' have only enhanced the reputation of this album, considered by many to be the fall's finest. drawing from the well of primal rock 'n' roll, the band play with muscular spontaneity and inspiration to create music that still sounds unique and challenging, especially against today's anodyne imitations of rock and 'guitar music'. a masterpiece. disc 1 restores the cd to the original vinyl sequence with no bonus tracks.
disc 2 presents the original working mixes (most of the songs were recorded live in one take) and reveals different balances to the ingredients of the sonic jigsaw (often with clearer vocals). though it's heresy to suggest it, some of these raw mixes have an energy that may improve on the final tracks. all these versions are previously unreleased. disc 3 collects the singles and alternative edits and recordings with six john peel session versions of album tracks.
description from www.roughtrade.com