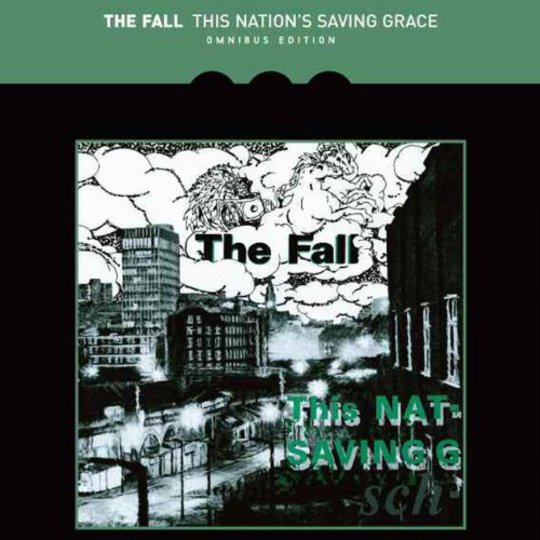 How are your memories of 1985? Non-existent? Hazy? Fogged with alcohol? My clear recollections are few and far between regarding that year. Some include Phillip Schofield, and some include Five Star. Five Star had significantly more hits than The Fall did that year: despite bringing out one of their best albums and getting more than their share of NME column inches, had none of their singles breach the top 75. Even if they had, would they have competed in my then still imaginary record collection with 'System Addict'? No, probably not.

Twenty five years later, it's fair to say Five Star have slipped off my radar completely, while The Fall lurk forever on the periphery, Mark E Smith mumbling away menacingly in the darkness. Brief excursions into their frankly massive back catalogue have brought mixed but never less than interesting results. There's always been the sense that they are too deep a band to approach with a cavalier attitude. You need a proper approach with The Fall's recorded output. They are the band who have launched a thousand 'Where to start with...' threads. Do you work your way backwards from the last one? Start at Live at the Witch Trials and go on from there? If you're going to do that, you'll have to dedicate a room in your house, and mightn't the overspill might need a shed or hard drive of its own? Maybe you could get 50,000 Fall Fans Can't be Wrong and The Complete Peel Sessions and just leave the rest?

Before listening to This Nation's Saving Grace, I'd have gone with that option. Now I can only say you should really start here. On first encounters with the Omnibus edition of the album, the first thing that struck me was the pleasing weight of the item in my hand. On opening it, I realised they'd packed in an extra copy of the booklet. In basic nerd terms, it's a fun little read, and gives context to Smith's notorious dominance of his band and their sound. Producer John Leckie's short anecdote regarding Smith scrapping several days of work to get rid of the keyboards in the mix is particularly telling. The detail to the research on specific tracks is never short of excellent, either, and having band commentary on the songs themselves as well... let's just say its more than a thin pamphlet with the words 'You bought it again, sucker!' in crayon. For those who are truly obsessed with what was recorded where and when, it becomes a useful document.

Spread over three discs, the reissue is very much the complete works on TNSG. You want three versions of the spiky 'Spoilt Victorian Child'? Four versions of 'L.A.'? They're all here. As are the aforementioned singles on the third disc. 'Couldn't Get Ahead', Mark E's poppiest grumble about having a really bad day, races past. This is indie disco fodder of yore, and 'Cruiser's Creek' is even better, standing up to repeat listens through barely intelligible lyrics and the bass powderising speaker cones and headphones. Later on, Brix Smith gets her turn on the mic on 'Vixen'. The song isn't particularly great, but the instrumental version of the future Adult Net single 'Edie' is. Once more Simon Rogers's bass is at the fore, the band behind him are only just managing to keep up. It's pleasing to see The Adult Net material 'officially' get co-opted into the Fall catalogue too. Instead of seeing Brix as the mock TV nemesis of Gok Wan, the listener can again remember her for the fine musician she once was.

As a collection, this gem of a box set is explicitly made for The Fall's fans. Essentially it is a build your own best This Nation's Saving Grace kit, made to be pored over and (over)analysed. But it isn't just for the fully initiated. The album as a standalone document is the strongest disc of the lot, and its execution is faultless. If you want to look back on a legendary band peaking, or even if you just want a place to start, this is it. Welcome to The Fall.