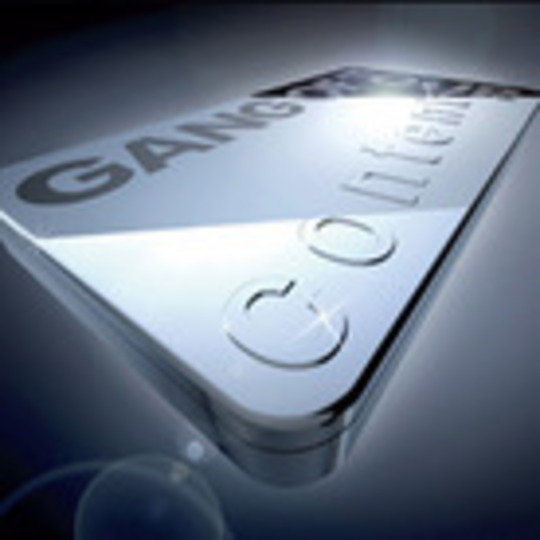 The story of the Gang Of Four reads like a history lesson in what might have been. Irrefutably years ahead of their time, debut single 'Damaged Goods' landing just as the first wave of punk was running out of momentum, the Leeds four-piece weren't just among the most forward-thinking of that movement's operatives. Unbeknownst to them they were about to influence three decades worth of musical legacy in the process.

Not only responsible for fusing the nihilistic guitars of punk with funk induced rhythms and tribal beats, their politically charged lyrics were a world away from the contemporaneous dumbing down of the genre that launched them. "Gordon is a moron" this wasn't. It's perhaps ironic that when debut album Entertainment came along in the autumn of 1979, its critical acclaim was met by a largely disapproving shrug by a public more in tune with The Police.

If anything, Entertainment could have served both as an introduction and parting shot for its creators. Three albums and four years later, members joining and departing with every subsequent record, the core songwriting duo of mouthpiece Jon King and guitarist Andy Gill embarked on a hiatus that - bar a couple of low-key releases in the early part of the Nineties - didn't see them re-surface until the latter half of the last decade.

Which made sense, as by the summer of 2004 and a whole new wave of bands such as Franz Ferdinand, Radio 4, Bloc Party and The Rapture were their work, both in interviews and the angular, choppy song structures of their recordings. Not that this new wave of post-punk were the first to cite GoF's undoubted influence, the likes of Nine Inch Nails and the Red Hot Chili Peppers having earlier claimed the band (and Entertainment in particular) had inspired their formative years. Indeed, when asked about this at last year's Camden Crawl, Andy Gill openly stated the band "should be entitled to a royalty share" of records by some of the other new pretenders to Gang Of Four's throne.

Sixteen years since their last release, Content is unleashed. Having been heavily talked up by King and Gill for over a year now, the bulk of the record does feel like a throwback to their earliest creations. While the more obvious links to Gang Of Four's past and present remain, much of the credit for such a wholesome, heavy sound has to be laid at the feet of current rhythm section Tom McNeice and Mark Heaney, their driving force incisive on Content's more potent moments, ensuring the more renowned talents of Hugo Burnham and David Allen are consigned to memory with consummate ease.

Across the record's ten tracks, there's a nagging inference that for all their lasting influence they still have unfinished business, almost as if something to prove to themselves. The distorted guitars and dub-heavy bassline of opener 'She Said "You Made A Thing Of Me"' creates a similar kind of tension to the one that made 'Natural's Not In It' such a forceful example of their obtuse world view thirty-two years ago. Similarly the metallic overtures of 'I Party All The Time' rival fellow post-punkers Killing Joke for salacious intent. More to the point, it's a sterling piece of work, up there with the band's finest compositions, ultimately rendering many of their contemporaries redundant in the process.

Indeed, two-thirds of Content makes for a rousing comeback. King's feral vocal on 'You Don't Have To Be Mad' insisting "You want what you can't explain" while in the foreground Gill conjures up a jagged riff to terrorise folks half his age. Likewise 'I Can't Forget Your Lonely Face' and 'Who Am I?' hark back to a time when protest was about the only feasible option, the former's errant message that "Everyone was on display" symbolically referencing the all-seeing eye of CCTV. 'You'll Never Pay For The Farm' takes Content's political stance a step further, King urging "Change the locks, change your life", inspired by the ongoing divisions between the Shiites and the Kurds in Iraq.

So far so good, yet when the restrained 'A Fruitfly In The Beehive' and autotune-heavy 'It Was Never Gonna Turn Out Too Good' bring up the rear it leads to a nervy anti-climax rather than the surreptitious explosion Content's introductory pieces had panned out. Nevertheless, it's a more than satisfactory return for a band whose live performances this past couple of years suggest they're here for the long haul rather than any financially induced pangs of sentiment or nostalgia, and if Content is anything to by, one suspects the Gang Of Four's creative tank is far from empty.