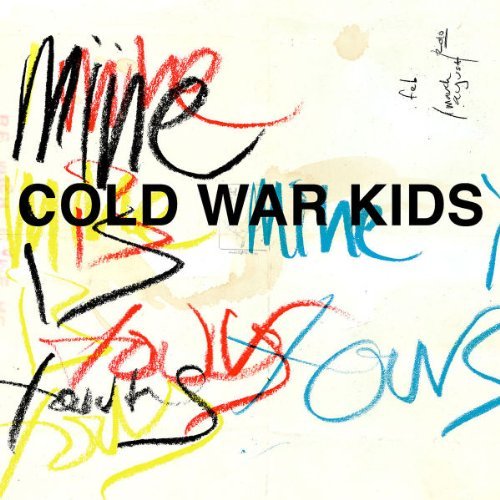 Cold War Kids - Mine is Yours

cold war kids return with a brand new album 'mine is yours' to kick of 2011. the album consists of 11 new songs, recorded in three months in nashville tennessee, and los angeles, california. jacquire king (kings of leon, tom waits, modest mouse) recorded / produced the album. 'mine is yours' recaptures the magic of the debut album and is built around the standard elements: willet's strained-to-the-breaking-point tenor, keyboards that are reduced to the most minimal of percussive down strokes, and jonnie russell's bleak and distant guitar. 'mine is yours' is a collection of songs about relationships.
description from www.roughtrade.com