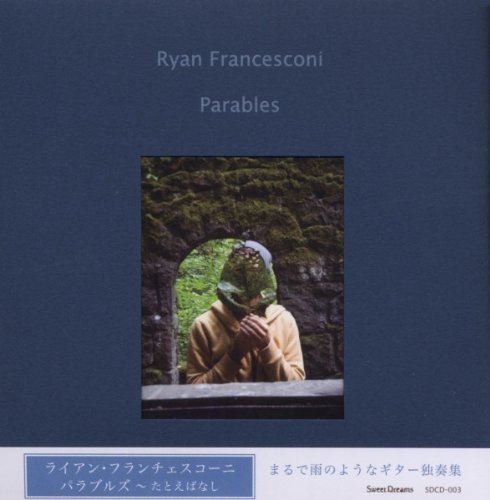 I can only commend this album on successfully annoying me.»

'parables' is the debut album from ryan francesconi, a multi-instrumentalist, composer and conductor whose contributions to joanna newsom's ys street band and arrangements on her recent album 'have one on me' have brought him much acclaim. 'parables' was recorded live with no overdubs, using just acoustic guitar to channel ryan's spirited vision of traditional bulgarian folk, american bluegrass, baroque lute music and jazz improvisation.
description from www.roughtrade.com