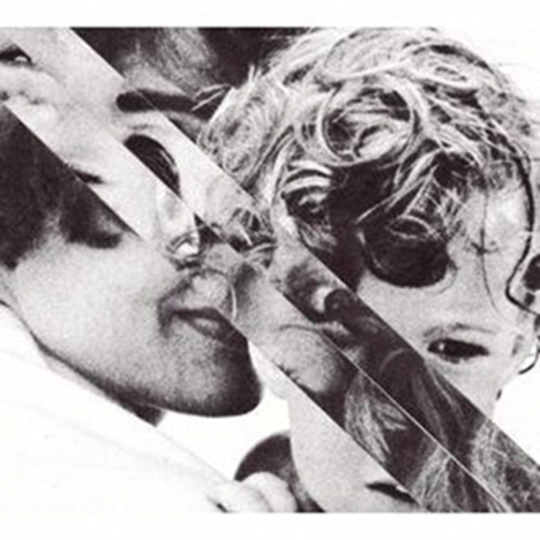 Bristol's Munch Munch are one of those delightful anomalies that exist purely on their own terms regardless of fashion, genres or any other kind of commercially driven agenda. Ever since their formation in 2006 they've deliberately steered clear of any scenes, which in some ways may explain why they're still a largely unknown quantity outside of the blogosphere. However, integrity intact, they've continued to thrive via a string of impressive 7-inches and EPs (a track off one, 'Wedding', making an appearance here), not to mention a truly invigorating live show that borders on the unpredictable at every turn. Double Visions is the culmination of two years' hard work and true to form, it's an engagingly haphazard concoction of ideas that bewilders, confuses and occasionally astounds at every twist and turn.

While comparisons can be drawn from far and wide - Animal Collective, Abe Vigoda, even Klaxons all spring to mind at various points - Munch Munch don't stay in any one particular ballpark long enough for such missives to be sustained. Although dispelling any myth that creative four-piece bands no longer exist in this country, their excessive use of percussion, keyboards and samples would probably leave the guitars-only luddites ducking for cover in an instant.

Comprised of ten tracks, Double Visions follows no discernible formula and leaves everything to the imagination. The opening two-minute pop blast of 'It's Nothing' could be Ariel Pink fronting Sparks, or even the aforementioned Abe Vigoda had they decided to completely jettison guitars on the daring Crush. By the time the choppy keyboard driven 'Cyclorama' takes the reigns, Double Visions finds itself in an altogether different place entirely. Lyrically ambiguous, its hard to imagine just how such pieces of music were crafted, and fully understandable why this record took so long to create.

The techno influence that permeates 'Night Corner' from the inside probably harks back to the band's earlier declaration that their formative years were spent recording covers of 2 Unlimited 'classics', while the proggy overture that is 'Wolfman's Wife' could easily have been made in 1973, such are its similarities to the blueprint that surrounds Emerson Lake And Palmer's Brain Salad Surgery.

'Bold Man In The Sea' is Klaxons 'Isle Of Ewe' after a makeover courtesy of Avey Tare and Panda Bear, its obtuse meanderings and neo-classicism culminating in all four members chanting "This is your playground!" in seismic unison. 'Autumn Mask' and 'Car Wash In The Street' continue in a boldly diverse fashion, the former's percussion heavy mantra eclipsed by the latter's 'Rock Lobster'-style keyboard riff. By the time Double Visions subsides in a halo of drones courtesy of the closing 'River Gleams', the sonic equivalent of a geiger counter giving up the ghost, one is still none the wiser in coming to terms with Munch Munch and their perplexing persona. Nevertheless, there are so many twists and turns with this record that make it impossible to ever become tedious, and while not quite the magnificent debut many had hoped it would be, Double Visions clearly paves the way for something unfathomably spectacular in the foreseeable future.