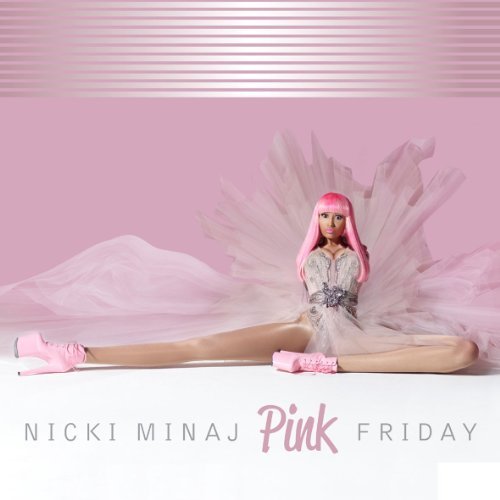 An album that doesn’t quite seem to know who to please or how.»

the long anticipated debut album from nicki minaj! album features eminem, drake, will.i.am and kanye west. influenced by the unpredictable rhymes of missy elliot along with the sexually charged attitudes of lil' kim and foxy brown, queens native nicki minaj was discovered thanks to her myspace page. it was there that dirty money entertainment ceo fendi first heard her ability to freestyle and first laid eyes on her steamy set of promo shots. with killer curves she was obviously proud to flaunt plus a background in the performing arts thanks to the fiorello h. laguardia high school of music and art - the school that had inspired the movie fame - minaj was a perfect fit for fendi's urban dvd magazine, the come up. she appeared in numerous volumes, including number 11, which spotlighted her future label boss, superstar rapper lil wayne. through fendi, wayne contacted minaj and signed her to his young money label. they began to build her career through mixtapes like lil wayne's dedication 3 and minaj's own sucka free. meanwhile, appearances on various remixes - everything from ti's 'no matter what' to jeffree star's club track 'cupcakes taste like violence' - helped spread the word. the big breakthrough came when wayne added his rhymes to her 'high as a kite' single, a mixtape favourite in 2008.
description from www.roughtrade.com