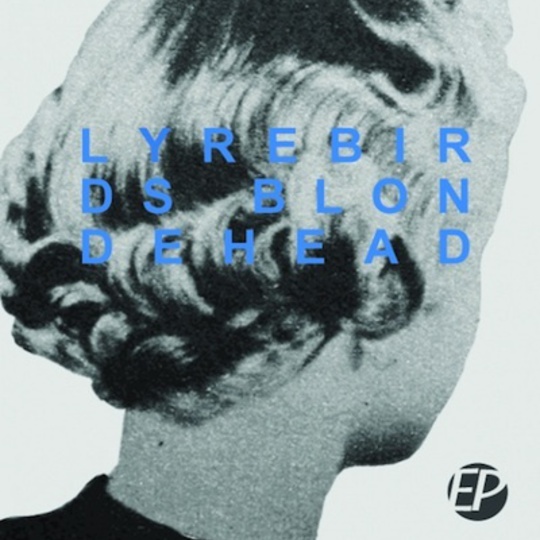 Apparently The Lyrebirds are the most played new band on NME Radio and have the approval of legendary Smiths and Blur producer Stephen Street. It’s easy to see why some might predict big things for them. Their sound is accessible, but clearly in thrall to alternative icons of yesteryear in a way that to some people is enough in itself to suggest greatness. It’s tempting to say that frontman Adam Day is a cross between the portentous intonation of Ian Curtis/Paul Banks and the swagger of say Richard Ashcroft, but it’s easier to say he sounds like Ian McCulloch, which is pretty much the outcome of that equation anyway. Needless to say it takes something special to make something out of such familiar elements and on this showing The Lyrebirds have come up short. In fact for half of this EP they come across as the Echo and the Bunnymen it‘s okay for Kasabian fans to like.

‘Now I Know Why’ is the sort of scuzzy rock song any number of British indie urchins of the past decade (particularly those in leather and shades) could have tossed off, all distorted trebly bass, scratchy guitar and unsophisticated drumming. You could easily imagine McCulloch (The Lyrebirds supported Echo and the Bunnymen on tour) hearing the outro and approving of its ’Cutter’-like gallop, although to be honest, due mainly to their bloated choruses, The Lyrebirds generally bear more resemblance to the pompousity of later Bunnymen albums. The main fault with ’Now I Know Why’ remains its lack of a memorable hook. ‘Only Dreaming’ comes somewhat closer to catchiness, probably not given lead track status as it sounds less like a trademark track for the group, gloomy swagger clearing for its duration. In fact Day is an excellent McCulloch impersonator for the whole song and various parts recalls different Bunnymen classics; the verse has a catchy bass melody by way of sounding almost identical to ‘Seven Seas’ whereas once again the outro recalls ‘The Cutter’, but this time it’s a purely melodic resemblance.

So, they don’t have the tunes to match the their stadium filling aspirations, not yet at least, but perhaps they fare better as the gloom-pop concern many have tagged touted them to be. Not quite. Their swagger actually serves them well on the buzzsaw goth-country verses of ‘Shadow Boxer’, but the atmosphere is sacrificed in an overeager splurge of a chorus, with the lines “I’ll walk through the fire and rain sounding ridiculously arrogant.

The funereal organ of EP closer ‘What a Beautiful Way’ goes for gloomy majesty in earnest with reverb laden tremolos of guitar which are effective enough, if not terribly original. In this regard it’s hardly surprising that former Hope of the States man Anthony Theaker is on production duties, it being his former band‘s speciality. It seems to be ending with surprisingly tasteful restraint, but then erupts back into life in a gush of worn out anthemics, complete with amassed “oooohs”. Unfortunately it seems that the Lyrebirds have also read from the Editors’ book of faux-gothic lyricism with lines like “If there’s blood there’s blood”. Going by the Blondehead EP‘s four tracks, matching the Editors’ quality of music would at this point be a considerable achievement for The Lyrebirds.