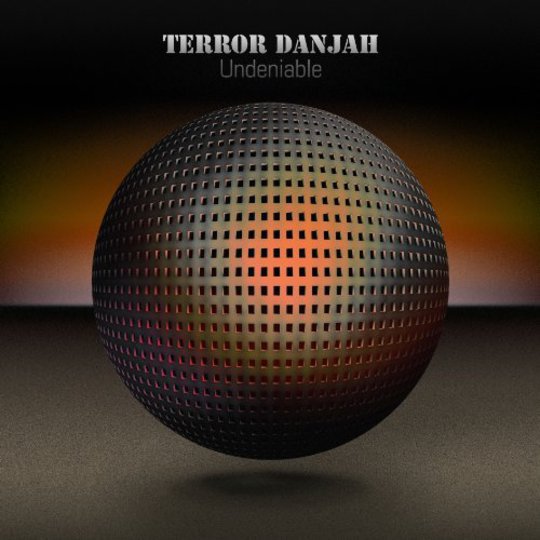 Grime is in great shape at the moment, with the likes of Swindle, SRC, Becoming Real and a reanimated Terror Danjah all producing tracks that push the genre in bold new directions while retaining true to its roots. DJ duo Elijah and Skilliam, meanwhile, are championing a new generation of producers and uniting them with the mutants that operate in the vague regions between grime and dubstep (the likes of Joker, Guido and Gemmy). Despite having been involved since near the beginning, last year saw Danjah’s stock-in-trade rise with the Planet Mu release of Gremlinz, a compilation of his earlier instrumentals that drew attention to just how pioneering they were at the time. After this year’s Power Grid and two 12-inches on Hyperdub, his first ‘proper’ full length Undeniable might come as a slight surprise then, in that it’s more of a ‘pop’ album than anything he’s yet released, with nearly half of its tracks featuring vocal contributions. The effect is twofold, in that it draws attention to the functionality of Danjah’s tracks as grime - operating as backing for MCs - in addition to allowing them to act as standalone instrumentals in their own right.

The first thing that’s immediately evident on Undeniable is that Danjah’s signature sound (as well as the cheeky gremlin chuckle peppered throughout his tracks) remains unchanged. The tracks positively brim with noise, at times teetering on the verge of collapse through the sheer weight of sound placed upon their fragile frame. They never quite buckle though, and instead that tension serves to drive them on at ever-greater pace – ‘Bruzin VIP’ and ‘This Year’ (with DOK) are both immediately distinctive as Terror Danjah, two abrasive auditory hallucinations that appear to pick up pace as they go. Coupled with bragging vocals from Mz Bratt and Griminal, and elsewhere from Dream McLean on the appropriately titled ‘Grand Opening’, his sound works as a hyperactive, hyperchromatic vehicle that turns grime’s oft-cited introspection on its head. However, the feeling remains throughout that Danjah’s production work is often head-and-shoulders above the MCs he features, and with the exception of a characteristically firey D Double E on ‘Undeniable’, none of the album’s vocal tracks reach the heights of the instrumentals themselves. On the whole, that detail detracts from an otherwise impressive collection.

Elsewhere though, the record finds Danjah experimenting with a wider variety of forms, with greater success. ‘S.O.S’ is the most stripped-back thing he’s ever done, splicing an off-kilter but catchy bleep melody into clipped drums and the ever present rumble of sub-bass. When, halfway through, it gradually slows and drops into measured house pulse, it’s an exciting coup for a producer typically working within 140bpm limits, and its staccato motion seems a fitting development of his sound. Coupled with ‘I’m Feelin U’ and ‘Minimal Dub’, it forms the album’s formidable centerpiece: a trio of brilliant visions for modern grime. ‘I’m Feelin U’ strays towards the smoother edges of UK garage, but is punctuated by sudden slippages in rhythm and tone, and ‘Minimal Dub’ subverts the loping, one-dimensional template of fidget/bassline by repeatedly ripping it apart and introducing random variation to each synth burst. It’s like hearing the process of evolution in action, even as it’s repeatedly fucked over by mass extinction events. It’s at these moments, when Terror Danjah remains unafraid to stray from his comfort zone, that Undeniable builds on his reputation as a producer of rare power and subtle sophistication. It’s certainly no step backward, and it’s hard not to wonder whether the reason Undeniable doesn’t quite match expectations is down to the tough benchmarks Danjah's set in the past.

the Flowers of Hell