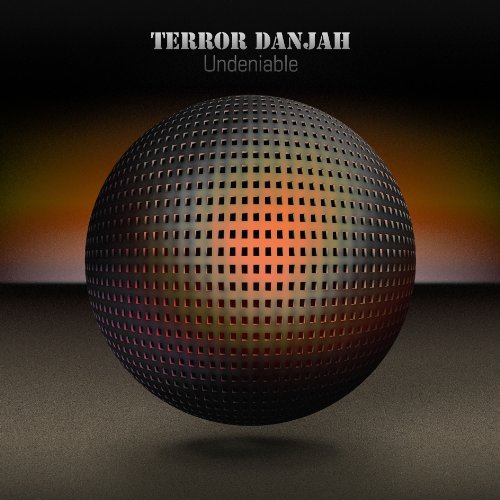 It’s hard not to wonder whether the reason Undeniable doesn’t quite match expectations is down to the tough benchmarks Terror Danjah's set in the past. »

terror danjah is a long established grime producer from east london currently undergoing a marked renaissance. his razor sharp productions are bringing his unique and very influential skills back into the public eye with releases on hyperdub, as well as planet mu, butterz, and his own hardrive imprint. terror danjah makes afrobotic grime productions- an escher-like sound which combines complex clusters of asymmetric rhythms and offbeat trapdoors with swooping synths and fx, all tagged with his trademark gremlin cackle audio logo. while his previous long players have been closer to mix tapes or retrospective compilations, 'undeniable', racked full of new productions and mutations of some classics from grime's golden days, sees him flexing with ease across the tangled landscape of british electronic music at the close of 2010, from vocal and instrumental grime and dubstep to underground house. 'undeniable's' 'grand opening' opens with one of the albums newer vocal talents - dream mclean spits bars with the fire and enthusiasm of a more established mc. the album goes on to showcase vocalists terror danjah has worked with for a long time - 'pro plus' was an instrumental single earlier in the year on hyperdub and here, as 'this year' it gets an irrepressible vocal combo from mz bratt and griminal. the legendary d double e from newham generals is simultaneously abstract and romantic on title track 'undeniable', and singer lauren mason contributes the almost pop dubstep of 'all i wanna do'. terrors longtime spar bruza is on exceptional form on 'leave me alone' where trancey chords are unusually evoked to build drama behind bruzas bubbling rage and knotted reasoning. in between these vocal tracks, the album is peppered with instrumentals that display so much rhythmic ingenuity. tracks switch tempo without warning, pockets of uncertainty open up in what appears to be a predictable beat, vocals becomes stuttering machines and ice cold science becomes squelchy funk. from the constantly shifting, laid back g-funk mutations of 'i'm feelin u' and 'time to let go' through to the rubber-band bass of the 'minimal dub' to outright breakthroughs in rhythm science such as 's.o.s', 'bruzin vip' and the stunning, almost beat less, 'sonar (selassi mix)' and the purple house of his collaboration with baby face jay, 'breaking bad', what is undeniable is that terror danjah is one of the most important producers at work in british urban music today.
description from www.roughtrade.com