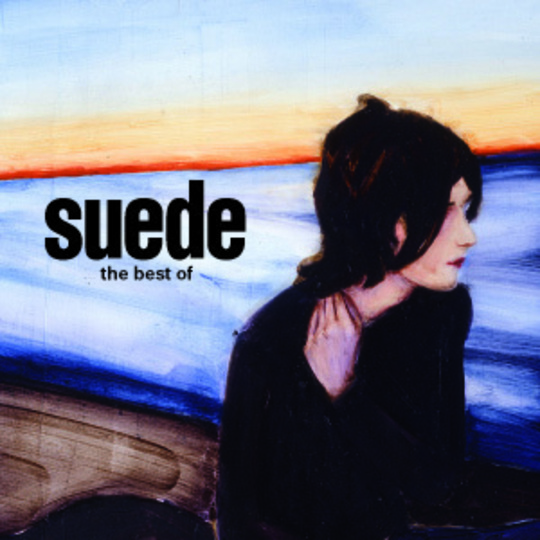 With hindsight, 1992 was something of a golden year for alternative music. Slanted And Enchanted, Honey's Dead, It's A Shame About Ray and Automatic For The People were just four of the timelessly influential albums released that year. Yet, at the time, the US grunge invasion led by Kurt Cobain and Nirvana seemed to divide the underground somewhat, certainly from the perspective of the British music media desperately in search of homegrown talent to spearhead a scene of its own. Then, as if by kismet, a superlative triumvirate of previously undiscovered bands all appeared at once in the spring of '92. First up were Verve, fronted by 'Mad Richard' Ashcroft, a good two years before the 'The' prefix was added to their name. If March's 'All In The Mind' was Britpop's hors d'ouevre, then the best was still to come in May, courtesy of an androgynous London quartet whose singer was a walking quote machine long before hardly anybody north of Watford had even heard a note. Sandwiched in between these releases was the lavish 'Sunshine Smile' by Coventry's Adorable, still categorically superior to these ears at least than either of the other two's debut 45s, yet undoubtedly a millstone around the band's neck culminating in their career never really getting off the ground.

However, we're here to celebrate Suede, one of the most unashamedly flamboyant and iconic outfits of the past 20 years, and as ironic as it may seem considering the calamitous glut of horrors it spawned, they unwittingly sowed the seeds for Britpop. Standing out like four sore thumbs, if 'The Drowners' was a breathtakingly scandalous introduction then their performance of 'Animal Nitrate' at the Brit Awards six months later was an arse-whipping chagrin of Mary Whitehouse proportions.

Courting controversy pretty much from their humble beginnings to the bitter end, Suede's records seemed quite autobiographical in many ways, whether it be the way 'Animal Lover' baits former beau Justine Frischmann or the double entendre of 'Heroine', their 'Needle And The Damage Done'. Sadly the former didn't make it onto The Best Of; the latter did, but with such a vast array of treasures to choose from, this 35 song double CD collection is pretty much your proverbial embarrassment of riches.

With a hardcore fanbase that's probably second only to the Manic Street Preachers in terms of resolute devotion to the cause, this compilation comes closest to representing an actual 'best' of, were such fanatics given the choice of what to include. Indeed, The Best Of is the only Suede greatest hits compendium to receive the full endorsement of its creators, unlike 2003's Singles which was released as an Xmas cash-in prior to the band's impending disbandment. That two of the band's last three singles aren't included here speaks volumes, and even though 'Positivity' can perhaps count itself unlucky to have been omitted, even the most diehard of fans in thrall to the band's later material would be hard-pressed to pick it in front of any of the songs that do make the cut.

Unsurprisingly, the Bernard Butler era is heavily represented here, with a whopping 22 tracks having been culled from the first two albums and their subsequent singles and b-sides. While some would say that Suede already possess a best of entitled Dog Man Star, many of the songs that didn't make it onto their initial long players share top billing as far as unequivocal high standards are concerned. It's only when delving through the second CD that one realises just how many immaculate pieces of music Suede discarded as flipsides. 'My Insatiable One', 'To The Birds', 'Killing Of A Flashboy', 'My Dark Star'... each and one every one beautifully astounding in every way, and worthy of lead track status rather than the throwaway ones attained at the time of release. But then such miscreant actions highlight is the sheer strength and depth of Suede's material, particularly between 1992 and 1994: despite the number of early songs chose, such gems as 'The Power', 'He's Dead' and 'Moving' don't make The Best Of cut either.

It was during their first album as a five-piece post-Butler that Suede hit real commercial gold, and seven of Coming Up's ten tracks merit inclusion here, along with 'Europe Is Our Playground', the b-side to that album's lead single 'Trash'. While the band's lyrics often came under scrutiny at this point, anyone not moved by the sheer dramatic sensitivity of 'By The Sea' must surely have icicles rather than blood coarsing through their veins.

And so onto their final two albums, the much-maligned Head Music and largely forgotten swansong A New Morning. Say what you like about the former, 'Everything Will Flow' still holds its own as one of the last great singles of the Nineties. True, 'Obsessions' may not quite hit the dizzy heights of 'Animal Nitrate' or 'The Wild Ones', it still hardly constitutes a bad way to close the final chapter on a national treasure as dear as Suede. Of course with the reformation shows (without Butler) earlier this year for the Teenage Cancer Trust and next month's grand finale at London's 02 Arena, its unclear to say at this stage whether the final curtain will fall after that performance or herald a sixth album. However, The Best Of is a largely flawless artifact to remember Suede by that firmly illustrates the timeless quality of their music.