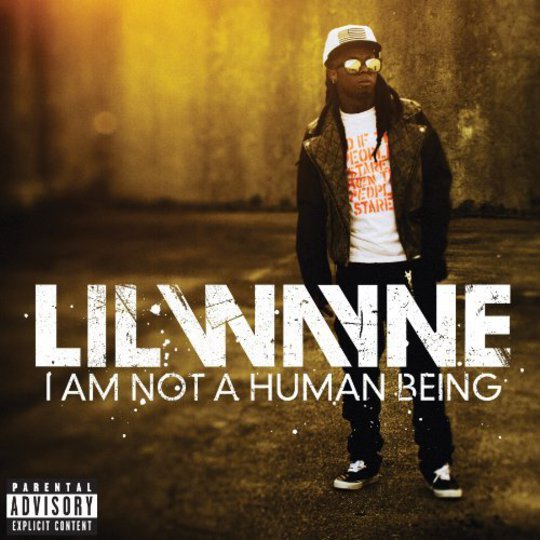 The casual European reader may be forgiven for never having heard of Lil’ Wayne aka Birdman Junior aka Weezy F Baby (“the f is for fornicate”). Despite him being one of the biggest rappers around, he’s never really made it big over here - 2008’s Tha Carter III sold over a million copies in its first week in the States, yet it only managed to claw its way into the top 25 over here. Not exactly what you’d expect from the best rapper alive. It seems odd to criticise a recording artist for being too prolific, but it really does seem to be Wayne’s main stumbling block. The problem being that for all his undoubted moments of genius, Wayne doesn’t tend to set the bar very high. In the last two years, he’s released two albums, five mixtapes, appeared on numerous singles and signed two of the world's most exciting rappers to his label, Young Money. Not bad considering he’s spent six of those months in jail. With all these releases, it’s inevitable that some are going to be better then others. He would seem to have a willingness to release something or contribute to a record simply for the sake of it, rather then ensuring that it’s as good as the rest of his body of work. Whilst I Am Not A Human Being is not the worst thing he’s put out since Tha Carter III, (that title goes to his ill-advised rock album Rebirth), it is far from the best.

Recorded just before his jail term, I Am Not A Human Being is a somewhat one-dimensional record. Most of the time Wayne sounds tired, as if something is preoccupying him, which no doubt it probably was. He sounds less brash, less confident then normal. Maybe even lazy – on ‘Popular’ he extends his brief verse from Young Money’s ‘Bedrock’ into a whole song, with wholly unremarkable results. That the beats aren’t particularly varied or original doesn’t help avert the feeling that Wayne’s treading water. ‘What’s Wrong With Them’ is almost identical to ‘Lollipop’, and ‘I’m Single’ sounds like an off cut from Drake’s album. It’s only when said protégé makes an appearance that Weezey really steps up his game.

‘Right Above’ stands out partly because it’s the only beat that doesn’t stick to the blueprint of clicky snares and distorted synths, but mostly because the two rappers bring their A game - Drake with his “Bollywood Slumdog Millionaire flow” and Wayne who’s “been fly so long I fell asleep on the fucking plane”. They go toe-to-toe again on the delightfully titled ‘Gonorrea’, trading verses using STDs as a metaphor for poor rappers, giving Weezey the opportunity to flex his wicked sense of toilet humour (“I’m shitting on them like two girls and one cup”). The way their contrasting styles spark off each other is the highpoint of the album - Drake with his laid back, partly sung, partly rapped flow, clashes with Wayne’s scatty, stream of conscious snarl. It’s an ideal match, and hopefully one they’ll fully explore further if the rumours of a collaborative album are to be believed.

I Am Not A Human Being can be seen as serving two purposes. Firstly, it a way for Wayne to clear the decks before his jail time, so that he has a clean artistic slate to return to. Secondly, it acts as a reminder to people that despite being behind bars he’s still here, not necessarily at the top of his game, but definitely present. It may not be a great, or even particularly good album, but it does at least tide us over until Weezy become a free man, and the much talked about Tha Carter IV finally sees the light of day.