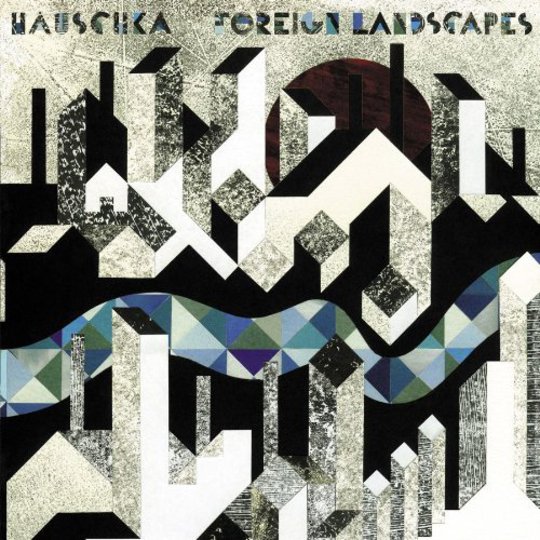 Volker Bertelmann’s application of the prepared piano technique to deeply evocative, distinctly European composition, both broadly romantic and steeped in layers of more cosmopolitan minimalism, is hardly anything drastically new. But his style is one of flair, panache and humour, and his live performances as Hauschka brim with character. It could almost be called ‘quirky’, did the word not carry such negative connotations; there’s nothing contrived or artificial about the way Bertelmann writes and performs his music. The way he holds himself live, making performance art of the piano’s mechanics, ensures that his performances resemble a junkshop, or a mad scientist’s lab. Thrown casually into the guts of the piano are all manner of objects, large and small, metallic and plastic, rough and smooth: everything from gaffa tape for muting purposes to beer bottle tops, which lend notes a dry rattling texture quite removed from the piano’s usual rounded tone. It’s the perfect visual counterpoint to his music, which is at once deadly serious and playful, always willing to cheekily subvert po-faced presentation in favour of something a little different. On his last tour he proceeded to unceremoniously pour 50 or 60 ping-pong balls into his piano, lending the entire instrument a beautiful devotional drone sound not a million miles from tourmate James Blackshaw - only to interrupt the music’s gravitas with mischievous staccato flurries that sent balls flying in all directions.

His recorded music has often been quite different. The outside lines of Bertelmann’s compositions are sketched in with detailed arrangements for string, brass and woodwind, and piano has increasingly become relegated to a skeletal role, providing his pieces with bedrock above which to meander. His last full length, Ferndorf, was a masterful lesson in understatement, hanging openly emotive, nostalgic arrangements around essentially simple pieces. Hauschka’s music has always been about detail – the tiny intricacies in tone and atmosphere that come with modifying the piano’s acoustics, the way those fine changes interact with surrounding instruments – and his fourth LP, Foreign Landscapes retains the same intensity of focus.

It’s a further move away from the jaunty worlds he inhabited on his earlier records, more serious, blurrier in tone and far less immediate. Where once his pieces screamed for attention, the likes of ‘Kamogawa’ and ‘Snow’ demand repeated and careful listens, hiding their quirks behind pulsing minimalism and a quietly urbane atmosphere. It’s very much music of the city, bringing to mind morning wanders around the buildings of old Europe and the crystal towers of Philip Glass’ magical Glassworks.

Thematically too, Foreign Landscapes feels more expansive. While Ferndorf was a piece of self-analysis, looking back to Bertelmann’s own childhood memories, his new material is inspired by travel experiences. That change in perspective has, it turns out, been accompanied by a subtle but noticeable shift in his music; working with a whole orchestra as opposed to smaller units has widened its reach considerably. It’s a denser thicket of sound, and it’s far easier to end up lost while concentrating on one single detail within the milieu. Opener ‘Alexanderplatz’ bursts to life with a mournful blast of woodwind before morphing into a pretty stop-start creature, packed with so many layers of contrasting and complementary melody that it’s difficult to view the entire thing as one piece – it feels built from the ground up, stacking instrument upon instrument until it simply topples over. But those same traits are also Foreign Landscapes’ major downfall: its similar tone throughout ensures it can quite quickly drift pass pleasantly without making too many demands on the listener, attention or otherwise. Compared to Ferndorf, and its staggering highpoint ‘Freibad’, it’s far more introspective and thoughtful, and requires far more effort to become fully absorbed within. Which, surely, is no bad thing, but you occasionally long for a little whimsy back.