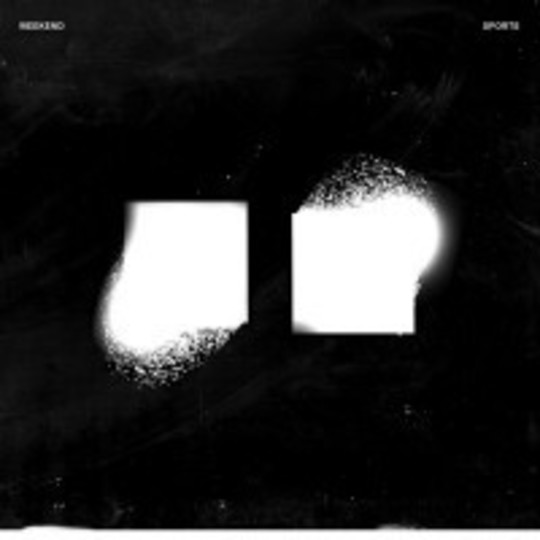 California based independent Slumberland Records has been responsible for introducing the world to a treasure trove of delightful musical gems during its 20 year existence. The label set up by Mike Schulman, himself a one-time member of the short lived but legendary Black Tambourine, can lay claim to putting out embryonic releases from the likes of Rocketship, The Aislers Set, Crystal Stilts, and the Pains Of Being Pure At Heart among its largely impressive roster.

While many of those mentioned arrived via New York's vibrant underground scene, their latest signings have crawled out of their own backyard so to speak. San Francisco three-piece Weekend may be barely 18 months old, but already they've created something of an buzz Stateside, thanks in no small part to their two initial and extremely limited (and hard to find) releases on the Mexican Summer and Transparent imprints respectively.

Two of the three tracks on those singles feature here, and in the case of 'Youth Haunts' undoubtedly represents all of Weekend's pernicious ideology within its five-and-a-half minutes. Surprisingly for a band who've openly stated that Mariah Carey's 'Fantasy' is one of the greatest songs ever written, their brutal sound owes more to the distorted polemics of A Place To Bury Strangers or Killing Joke, as demonstrated in the aforementioned song's tribal drumming and grinding mill-esque effects.

Even some of the songs titles here hint at a more sinister approach. Take opener 'Coma Summer' for example, which evolves into a deafening halo of fuzz within its first 90 seconds, Shaun Durkan's vocal so low in the mix his words become inaudible. And yet as with Oliver Ackermann and co., such an abrasive mix works in spades, held together comfortably by a dynamic rhythm section that drives the majority of Sports' ten songs from the backline.

The only time Durkan's vocal manages to break through the fug, on the chugging brutality of 'Age Class' he can be heard menacingly stating "There's something in our blood" over a cavalcade of intense white noise. Its not big or clever, but it's sure as hell effective, and even when the ridiculously loud reverberation of 'End Times' threatens to engender a collision similar to an eight-car pile-up in the fast lane of the M6, parity is restored by way of its creators' knack of fusing the incessant angst of a befuddled teenager with the controlled aggression of a seasoned heavyweight boxer.

While there's no disputing what makes Weekend tick, Sports isn't just a one dimensional noise fest. The post punk origins of 'Monongah, WV' - think Gang Of Four's 'Ether' played by the world's most impatient men - coupled with the punchdrunk theatrics of 'Veil' offers a slightly eccentric diversion to the chef's roaring speciality.

Of course there will be detractors bemoaning the lack of sensitivity, or a tune to speak of, whilst speculating that New York already boasts a plethora of acts more accustomed to producing such wares as this. However, for a band still very much in its infancy, Sports is an astonishing body of work far beyond any kind of expectation you'd put at its creators' feet. As a result, one can only watch and listen with great anticipation as to what Weekend's next move may be.