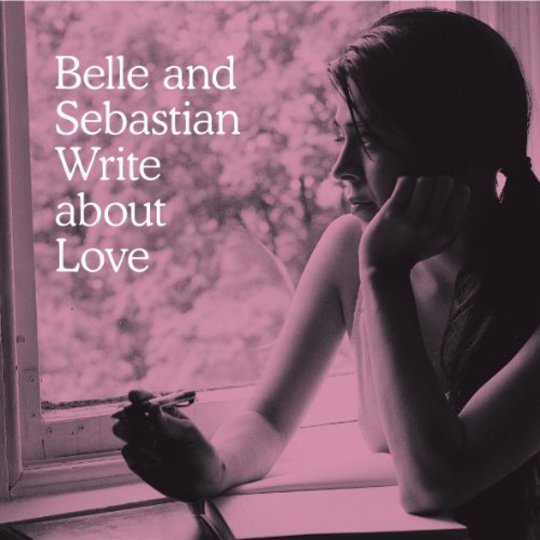 At some edition or other of the Leeds Festival, I confidently told a friend that I felt Belle & Sebastian were a better band than The Beach Boys, something he reacted to with a mix of horror and pity. I can’t remember whether I actually believed what I was saying, but I do recall a little bit of my soul evaporating when B&S played their set later that day. Stewart Murdoch was feyly dicking around with some make up belonging to a girl in the audience, and the band bust out a set revolving around the cute, polished, oft-animal related novelty pop – ‘Funny Little Frog’, ‘I’m A Cuckoo’, ‘Step Into My Office Baby’ – of their latter years. It might not have been actively awful, but it wasn’t the band that I’d been talking up, the one who’d spent their twenties articulating the teenage experience with such urbane empathy, such wry gravitas. Now in their thirties, they seemed to be cheerfully playing up to every twee stereotype going.

Headlining Latitude this year, they were immeasurably better, a fact signposted by Murdoch commencing the set by sarcastically shooting down the well meaning MC, who’d introduced them as a band “for anyone who loves the smell of a second hand book shop”. The auguries suggested that Belle & Sebastian had grown up; Write About Love confirms it. There is nary a joke cracked on the band’s LA-recorded seventh album, and in eighth track ‘The Ghost of Rockschool’, well-known Christian Murdoch finally has the balls to write an earnest song about his beliefs.

I've seen God in the sun

I've seen God in the street

God before bed and the promise of sleep

God in my dreams and the free ride of grace

I've seen God shining up from her reflection

Delivered over watery streaks of plangent brass, it’s one of the loveliest things the band has done, as simple, brave and plaintive an evocation of spirituality as any in the indie canon.

Elsewhere, the brass combines with warm, bubbling electronics to create a rich, creamy palette of sound, channelled into a record that consciously apes the classic Sixties songwriters. What Burt Bacharach and Hal David would have made B&S’s of fragile early years is anybody’s guess, but they’d surely allow themselves a celebratory top up of their tans at Write About Love opener ‘I Didn’t See It Coming’. A gentle ripple of keyboards gives way to thick, thumping drums and optimistic boings of piano before the band’s Sarah Martin cuts in with a vocal that’s pure Sandy Denny: “Make me dance, I want to surrender, your familiar arms, I remember”. Murdoch is virtually absent until the bridge, and it does occur that the song is not dissimilar to what he was trying to achieve with his God Help the Girl project only, y’know, good. It’s certainly much more than the mere girl group homage that GHTG frequently settled for – it’s wonderfully rounded, right down to the weirdy, FX-heavy breakdown and its ebullient outro in which Murdoch takes up the opening chant, bawling “make me dance I want to surrender” over and over. It’s not cute, it’s passionate, and it bloody well works.

This album’s name spells the subject matter out pretty plainly, but while the band have written about love before, here Murdoch has moved away from the eccentricity, comedy, vulnerability and autobiography of his earlier work. ‘The Ghost of Rockschool’ and ‘Read the Blessed Pages’ (which you’d guess is about Isobel Campbell) hark back to older records, but elsewhere his words are grander but less personal, the language of romantic songs rather than the language of Belle & Sebastian. ‘Come on Sister’, for instance, offers you little real idea about Murdoch’s relationship with the woman he's singing about, other than that they there is some tension between them (“don’t touch me, if you touch me you can never go back”). You get the impression the shape and sound of the song was the main priority here, a fuzzy, fizzy romp on which Murdoch drops his voice to a hoarse bark. We’re being wowed by Belle & Sebastian’s performance, their pop skills, their mastery of the form – the lyrics don’t necessarily define the songs anymore.

This is generally no problem. Saying a record is ‘accomplished’ can be to damn it with faint praise, but the slinky, swirly call and response textures of ‘I Want the World to Stop’ , the brassy carnival rhythms of ‘I Can See Your Future’ and the lugubrious synths of ‘Sunday’s Pretty Icons’ make for some of the most ravishingly detailed pop songs you’ll hear all year. But there are a couple of blunders, ones where the miss the ‘old’ B&S more keenly. ‘Write About Love’ feels like an ill-advised attempt to write a deliberately throw away pop ditty, and while you can’t blame the backing vocals from a guesting Carey Mulligan (!), you do wonder if the band went a bit LA when recording this record, seeing as how its other low point is ‘Little Lou, Ugly Jack’, an over-comfortable singer-songwriter pastiche that features Nora Jones turning in a guest vocal that... well... I guess ‘Nora Jones guest vocal’ is pretty hard to better in terms of negative descriptions, but it’s pretty dull.

Celebrity guest star wobbles aside, Write About Love is a well crafted, very listenable album, one that sees Belle and Sebastian ditch the qualities of their music that were starting to cloy without totally jettisoning the old charm. You’d be mad to say it exceeds their Nineties output, but it’s as good as anything they’ve put out in the last decade. It also, perhaps crucially, lays down a firm template for the future, allowing this band that was never going to grow up to finally do so with grace and class.