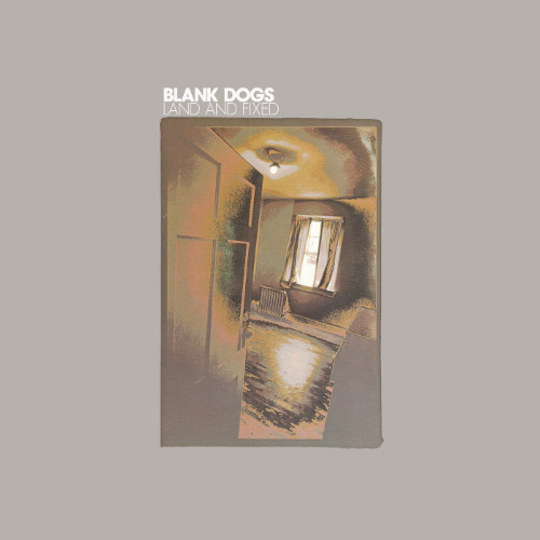 Throughout Land and Fixed, a murky fog hangs in the air. And I have to admit, that fog is not at all welcome up my street. Blank Dogs, aka Mike Sniper, is no stranger to lo-fi recording techniques - his Captured Tracks imprint, which specialises in claustrophobic no wave, has earned him a list of indie credentials that could span Brooklyn Bridge. It’s impressive the label even sustains itself, let alone such high esteem, considering Sniper’s prolific output as a solo artist.

With the exception of the Phrases EP released earlier this year, Land and Fixed marks a departure from its predecessors; relatively clean tones create space to decipher individual instruments, and Blank Dogs’ fans will likely find it a lighter listen than Sniper's previous outings. The backdrop of synths and ‘krautrock’-influenced guitars cascades, disorientates, and keeps you on your feet - figurative and literal - with ‘Goes By’ in particular evoking Joy Division’s mechanical 4/4.

But Sniper’s vocal sucks life out of the car-boot jamboree - buried in swathes of morbid effects (chorus, reverb and delay all make prominent appearances), much of what’s being sung is indistinguishable, as if muffled by a damp flannel. Perhaps this doesn’t stem from a needy desire to be obtuse, or perhaps it does and I’m just getting old (of course, music isn’t supposed to be easy). Umpteen listens later though, that distant vocal still grates; it’s like the record’s trying to trick you into thinking it doesn’t want to be listened to, pressing all but the most ardent to call its bluff.

The aforementioned ‘Goes By’ kicks things off, zipping along like a cool breeze on a muggy summer’s day. Armed with one of the album’s few Proper Choruses (“Why ask for something more?/No life goes by”), a helter-skelter of beeps and whirrs brushes the fog to one side, and with it the lingering fear of death by asphyxiation. It’s not just this that hits the spot: ‘All Around’s wistful disco guitars are ground up like factory fodder, urging the fog to join them in coalition. The vocal sounds as if it’d been eroding away since no wave’s inception, yet the results are oddly warm, affecting.

Too often though, overbearingly muddy production undermines the record’s conviction. One such example is ‘Insides’, whose dense electronica trudges along somberly in a monochrome landscape, and while its chorus finds a second gear, it stops short of Technicolor rejuvenation.

It’s difficult to place what’s missing here. I suppose, without the decor of a plush studio, lo-fi has an almost unique license to transport us and the folks at the end of our headphones to the same shitty bedroom - one which we neither know nor care how to get out of. And though they may not be conventional musical talents, the most inspiring no wavers find a way into our cynical hearts (at least for a record or two). Land and Fixed’s deliberately obscured pop elements - irrefutable though they are - come across slightly too studied to tempt that kind of empathy. The album hovers between the audacity of no wave at its most impulsive and the poignancy of crossover artists who’ve openly borrowed from the genre, reaping the benefits of neither extreme. That could almost work in Blank Dogs’ favour - this’d function as an effective gateway LP into the more abrasive side of electronica, but for that it would have to reach a sizeable audience, which seems unlikely. Regardless, Sniper’s shuffle towards accessibility should bring more attention to Captured Tracks and its roster, and this can only be a good thing.