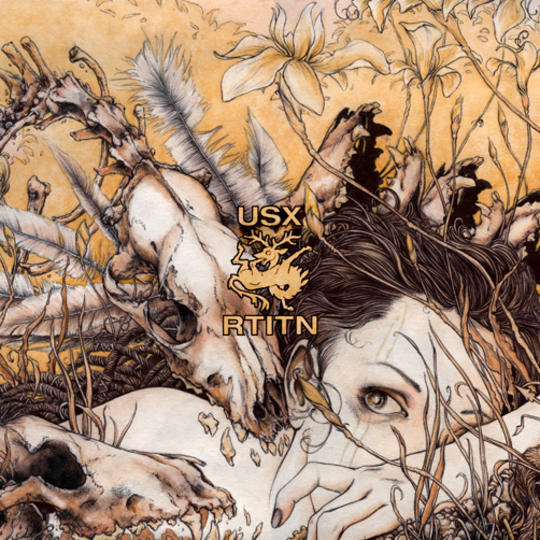 If there’s such a thing as a distinctly American voice in rock music, then it’s probably described by very few adjectives. Howling. Plaintive. Anguished. Vehement. Wrathful. Vindicated. From Bruce Springsteen to Kurt Cobain, Tom Waits to David Yow, and from Johnny Cash to Michael Gira, there is a discernable tendency for barely concealed, righteous rage, tempered by a snarling, humble sense of self-pity, to ooze out of every vocal chord. And I don’t mean righteous in the Wayne’s World sense. The American voice is fuelled by a sense of injustice, solitude, isolation and above all, a burning desire to do something to right that. It’s not in the lyrics, but in the very tones, the accent, the inflection, the emphasis. And it’s this, above all, which keeps the world coming back to American music. It flowed from the blues to country music, into rock and roll, through hip hop and metal, before blossoming into hardcore and then grunge. Now it pulses through every single American export from Lil Wayne to The Hold Steady.

It might be odd to open a review of perennial pysch rock underdogs US Christmas by talking about the vocals, were it not for the fact that Nate Hall has one of the most demonstrably and strikingly unique American voices in rock music today, rivalled perhaps only by Harvey Milk's Creston Spiers. Yet, where Spiers brings a howling sense of desperation, Halls is more sorrowful and haunted, even at his throatiest bellow. Sadly, it seems to have been often overlooked in the decade long career of US Christmas, despite the occasional comparisons to Nick Cave and Oxbow’s Eugene Robinson that crop up in reviews.

Because US Christmas specialise in jams, and jams aren’t about vocals or lyrics. Big, far out, widescreen, IMAX quality rock music that sounds like it would take days to walk through, trudging barefoot across some desolate, alien landscape. Even as someone who has a soft spot for this kind of fist-pumpingly cinematic music, it’s clear from the off that US Christmas are very, very good at it indeed. They’re a complete clusterfuck of styles and influences: they may sound like any number of things in any given song, ranging from Neil Young to Kyuss, Monster Magnet to Ennio Morricone, and of course, label owners Neurosis. For those who are devotees of the much missed Firefly series by Joss Whedon, US Christmas would provide the ideal soundtrack. Their music is a spaghetti western, voiced by a grizzled veteran, and played out in space

Their fifth longplayer, Run Thick in the Night, opens predictably with ‘In yhe Night’ which burns from downtrodden percussion trudge and humming guitar into cosmic sized riffology, all accompanied by the unholiest of howls from Nate. ‘Wolf in Anareta’ continues in much the same vein with a perfect blend of planet sized riff and sub-Jesus Lizard nihilistic vocals that could just as well have seen the band grace the Hydrahead roster. Indeed, the first four tracks display a remarkable amount of coherence and variation, simultaneously: witness the Hawkwind-esque voyage of ‘Fonta Flora’ which sits so comfortably next to the codeine flavoured country of ‘Fire Is Sleeping’, Hall ordering the listener to “leave your body/ it is ruined”. And y’know, we believe him, with a voice that grizzled.

Indeed, the major success of Run Deep in the Night is that it manages to make so many apparently odd bedfellows sit so sublimely comfortably next to each other. As Earth proved with their spaghetti western direction once Dylan Carson kicked his heroin habit, wandering spacey pyschedelia is an entirely appropriate way of conveying the hideous rawness of the American countryside, and supposedly it is the Appalachian mountains that inform the lyrics and tone of this record. There’s a heavy folk album (witness ‘The Leonids’ or ‘Mirror Glass’) lurking within Run Thick in the Night, which is perhaps what made them so attractive to Neurot. Closing track ‘The Moon in Flesh and Bone’ can’t help but bring to mind slowcore pioneers Codeine, who were notoriously in rapture to country, repeating the lyrics from ‘Fire Is Sleeping’ over dirgey strings and slow stomping drumbeats as theremins howl in the background.

Which is all well and good, but the age old adage of stretching things too thin sadly applies to Run Thick In The Night. The album suffers from an uneventful mid section which dips badly in quality for no real discernable reason. Several times I’ve played the record through and failed to register the album’s mid section, which should arguably be its glorious peak, given the slow opening and deathmarch ending. The same tricks are there, the same guitar tones, the same husky voiced intonations, even the same space cowboy tone hanging over the tracks. But for one reason or another, the pirouetting ‘Suzerain’ and pummelling ‘Maran’ along with a number of other tracks, meld into one interminable bulge of excellently put together but sadly somewhat aimless muzik. Even Nate’s voice fails to lift these tracks beyond unremarkable.

And it’s a really sad thing to say, but this really soils what could have been a solidly excellent, and fairly unique addition to this year’s already bloated crop of ‘psychedelic’ music. A little judicious pruning and a bit more studio discipline, as often with this type of music, would have gone a very long way.