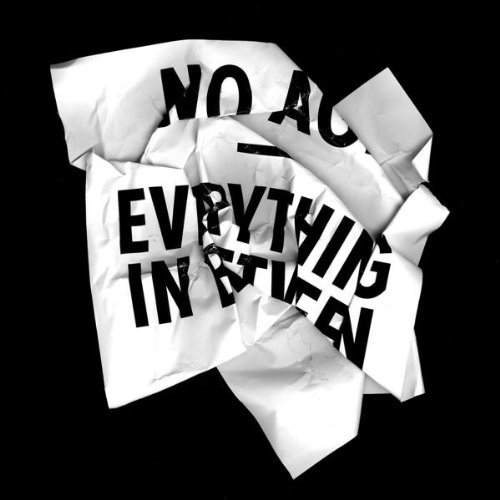 No Age - Everything in Between

Everything In Between is undoubtedly a step onward from its predecessors – it’s more developed in every way, though admittedly lacks a little of the sheer raw bite that made Weirdo Rippers in particular so exhilarating»

the mini-gatefold cd includes two 10" x 10" fold-out posters. recorded in los angeles from the end of 2009 and into 2010, 'everything in between' is the new album from no age, the duo of dean spunt and randy randall. they emerged from former band wives in 2005, to become no age, worldwide glowing talismans for the diy art-punk scene in la, now famously known as having its epicenter at the smell, a clubhouse where art-life / music-life welded and inspired a creative movement and attitude which has fertilized a purple patch of likeminded punkers and artists around the globe. since the release of 'weirdo rippers', their 2007 debut album (on fatcat records), through 'nouns', the band's 2008 follow-up on sub pop, and beyond, no age has earned enthusiastic notice from an incredibly wide array of sources; from pitchfork to the new yorker, and found themselves unlikely grammy nominees (for best recording packaging in 2008). no age have risen from sweaty basement shows and art galleries to having their songs blast off the walls of the museum of modern art (moma), to performing at unconventional spaces both close to home and abroad. and 'everything in between' is a bold step in their creative evolution. it is a culmination of reflecting upon life's ruptures and triumphs; the process of moving through these moments banged and bruised, yet better off for the wear and tear. they've pushed themselves in challenging and different directions, deconstructing their weird-out pop songs while still maintaining their original aesthetic and intent. 'everything in between' sees no age expand on the emotional force at the core of their catchy song-writing through tone, structure, noise, and samples. and, it's their best record yet.
description from www.roughtrade.com