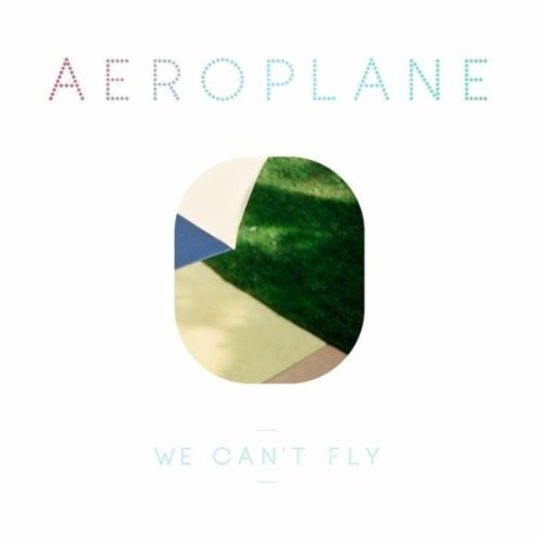 If it were possible to wear out MP3s then my precious handful of Aeroplane singles would’ve degraded into unlistenable digital-fuzz months ago. My last.fm groans under the weight of playcounts for the likes of ‘Pacific Air Race’, ‘Whispers’ and ‘Above The Clouds’, whilst as DJs their monthly mixtapes are downloaded in their thousands. Up to now, everything Aeroplane have touched has left behind a shimmering contrail of languorous disco, a sound that’s as effortless as it is affecting. But with the release of debut album We Can’t Fly there seems to be a problem. And I don’t really know where to start.

You see, this is less of an album, more of a giant arcing 48 minute sonic curveball. Since the Aeroplane duo split back in the summer, lone pilot Vito de Luca seems to have expanded their sound at roughly the same rate as The Big Bang. What we’re left with is a protracted voyage into musical travel-sickness, an album that’s nothing short of bewildering.

Let’s take ‘I Don’t Feel’ for starters. It kicks off like an enraged Tina Turner fronting Huey Lewis and The News: "I hear the footsteps drop and I knock on the doooooor!" she cries, in what is honestly the most vulgar opening five seconds of any song I’ve ever heard in my life. Then there’s an arpeggiated breakdown which sounds like the music to signify a contestant running out of time on National Lottery Jetset. Soon meaty power chords join in and there’s an Emerson Lake and Palmer synth solo. And then there’s another breakdown. And then it ends. OK?

‘Good Riddance’ is, and I’m quoting from the press release here, a ‘low-slung slice of honky-tonk soul.’ I can assure you it’s an enormous slice of WHAT THE FUCK IS THIS???? Whilst closing song ‘We Fall Over’ is perhaps the most inexplicable of all, building in a way that’s hugely reminiscent of Sigur Ros’s ‘Hoppilpolla’ before inexplicably petering out in a mid-bar musical cut-n-shut that frankly, beggars belief.

Throughout, We Can’t Fly is brazenly referential, with De Luca cherry-picking from an enormous smorgasbord of genres, and hurling them all together in a way that’s often just plain confusing. There are bluesy guitar solos everywhere, regardless of the musical context. When one ruptures the dreamy electronic haze of ‘London Bridge’, it's as if Mark Knopfer has accidentally strolled into the wrong studio, laid down some licks, and then snuck off without anyone noticing. Gone is the poise, the control, the restraint of Aeroplane we knew and loved. In its place is hollow grandstanding and contrived nods to every questionable Eighties trope from Roger Troutman (check out the vocoder on ‘Superstar’) to Survivor (near enough every song could feasibly soundtrack a Rocky training-montage.) ‘Fish In The Sky’ sounds so much like Europe that it’s hard to know where the irony-ends and the post-irony begins.

For such a talented musician as De Luca to cast his net so wide and yet land so little seems like a terrible waste. The diverse influences here aren’t assimilated into something fresh and cohesive; they’re just idly copied and pasted, smothering any semblance of personality or meaning. Songs like ‘The Point of No Return’ and the afore-mentioned ‘Fish In The Sky’ therefore just sound like a pointless exercise in copying. A Pink Floyd soundscape here, a Rick Wakeman prog-gasm there, who cares?

When 2007’s gorgeous 'Caramellas' crops up at track nine it somehow feels simultaneously perfect and yet utterly lost in this context-free calamity. Along with the deliciously slick 'My Enemy' and recent single 'We Can’t Fly' they serve as an exasperating reminder of just how good this album might have been. Instead these tracks merely serve as Aeroplane’s black-box, sole survivors pulled from the flaming wreckage.