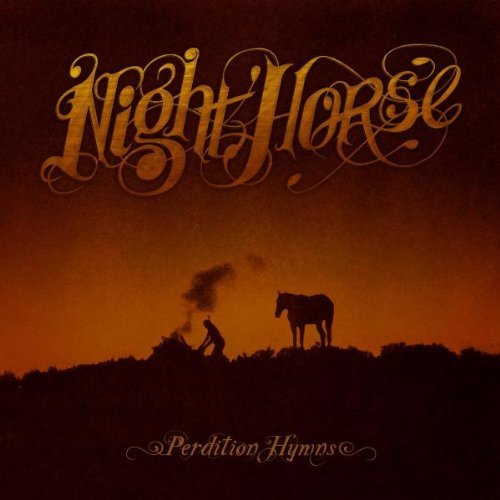 In order to survive, Night Horse must not only embrace the modern day but find a way to integrate it into their polished but ultimately unsatisfying sound.»

night horse exploded on to the los angeles rock scene in 2008, playing their first live show ever, while mixing their debut ep the dark wont hide you for tee pee records. if sonic youth had been immersed in an ocean of allman brothers inspiration, or soundgarden had been steeped in late 60s fleetwood mac, then they might have turned out something like this. night horse take traditional blues-rock, spark it up with riotously noisy flashes and drag the rhythms through an early 90s grunge experience. moreover, they're cohesive, charismatic and compelling. night horse return with their highly anticipated sophomore effort perdition hymns, produced and mixed by matt bayles (pearl jam, mastodon, the sword). perdition hymns is a patent demonstration of a group that has quickly become a well-refined song-writing machine. the band has chiselled the six-minute jam style song writing of the dark wont hide you into the hook-laden gems that comprise perdition hymns; with riff driven catchiness and soaring melodies that stick.
description from www.roughtrade.com