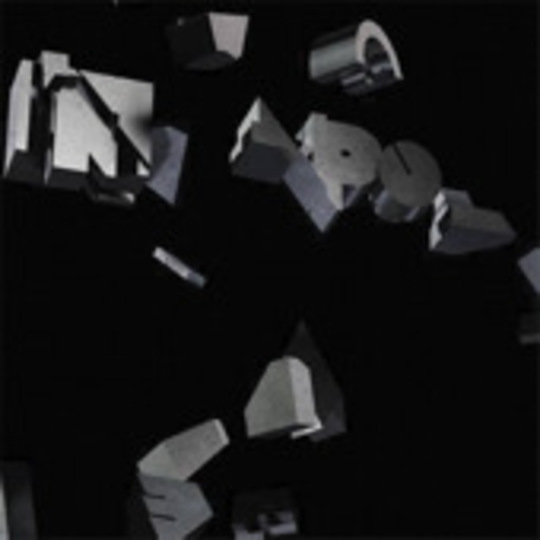 As the final echoes of the closing trumpet fanfare on 'The Undoing' subside, Paul Banks' final words on Interpol declare this to be "The place we're in now." Several listens later it becomes apparent that the place he's referring to is an altogether different one to that which was heralded by Turn On The Bright Lights, undoubtedly one of THE definitive long players of the previous decade. In the eight years since that record's release, the kingdom of gloom inhabited by its creators is still shrouded in as much mystery as it ever was. However, their influence on the New York music scene (and beyond) cannot be understated. Having risen to prominence at a time when the radio and MTV was full of Limp Bizkit imitators and seemingly little else, the legacy of their debut's deftly-crafted art rock (and that of its two successors) far outweighs their commercial status in terms of record sales. Just one glance at the 'sold out' signs adorning near enough every tour they've ever undertaken demonstrates this point neatly.

On the flipside, the rumours that all has not been well in Camp Interpol for some time can't be ignored. Despite solid reviews upon its release, 2007's fraught Our Love To Admire hasn't really stood the test of time in the same way as its two predecessors have and the band's live shows around this period were very hit and miss affairs. In hindsight, it couldn't have come as much of a surprise to find certain band members venturing off on their own projects. Banks' Julian Plenti persona and drummer Sam Fogarino's Magnetic Morning collaboration with Swervedriver's Adam Franklin both yielding several gems that didn't fit the stereotypical image or sound of the day job. However, the departure of iconic bassist Carlos Dengler shortly after the Interpol recording sessions were completed did represent a major shock, as did the revelation that his input into the songwriting process all along had been relatively minimal. While there's no denying his distinctive presence will be sorely missed, Interpol could be seen as the final chapter in Interpol Mk1, a polemic Groundhog Day resulting in "The place we're in now" as it were.

On the whole, Interpol isn't easy listening. In fact, it takes several spins to come to terms with it, and if all of their previous records have come littered with big singles guaranteed to excite alternative clubland's dancefloors and radio stations, Interpol is lacking in anything as instant as 'Slow Hands', 'Obstacle 1' or 'The Heinrich Maneuver'. Instead, the constant flow from start to finish - several of the songs segue into the next one - suggests this was made as an album, a continuous piece of work rather than a mere collection of songs. Renowned studio boffin Alan Moulder must take some of the credit here, the techniques utilised on such groundbreaking records as My Bloody Valentine's 'Glider' and Smashing Pumpkins' Siamese Dream coming to the fore, especially in the album's latter third.

The opening 'Success' may be the most typically Interpol sounding track on the whole record, its panoramic widescreen sheen giving way to such couplets as "Dreams of long life, what safety can you find?" Nevertheless, its drifty finale suggests the rulebook went missing during recording, the false sense of security lost in an instant. Likewise with 'Memory Serves', Daniel Kessler's trademark introduction by way of reverbed to the max jangly guitars becoming increasingly lost in Paul Banks's lyrical ether. 'Memory Serves' could quite possibly be Interpol's first proper love song. "I only ever try to make you smile" comments the erstwhile frontman, maybe addressing his supermodel former girlfriend? 'Summer Well' meanwhile takes Interpol the band and Interpol the record into completely unchartered waters, its Italo House-style piano intro erupting into a vivacious lullaby, once again suggesting Banks's broken heart had a major influence on the album ("I miss you babe, I want you back").

While 'Lights' provides the undoubted centrepiece, its relentless surge perhaps rivalling 'Success' as the most obvious comparator to Interpol of yore while Banks urges the song's subject to "Teach me to meet my desires with some grace" like the Marquis de Sade's wayward apprentice. After such a grandiose and largely unexpected opening, it's around the mid-point that Interpol veers off course somewhat. Recent 45 'Barricade' and the meandering 'Always Malaise (The Man I Am)' prove somewhat forgettable. Again, the influence of The Chameleons, undoubtedly the biggest inspiration on Interpol's sound (far more so than Joy Division) come to the fore on 'Safe Without', Kessler's incessant riff a pulsating highlight.

The sultry piano takes precedence once more on 'Try It On', glissando style guitars echoing softly throughout as Banks asks "Please endure my loves exploitations" before conceding defeat at the song's trance-like outro ("There's no change and nowhere to stay..."). Perhaps the most enterprising moment here is the startling 'All Of The Ways', which almost resembles 'The Lighthouse' off Our Love To Admire in structure and balance. Again driven by the dissolution of a relationship, when Banks asks "Baby tell its hard to fake it time after time?" one can almost share his frustration.

As with all of their previous records, Interpol somehow seem to save some of their most audacious moments until last, and here with 'The Undoing' they're no different. Playfully mixing English and Spanish lyrics between verses, it's actually quite a unique creation even in the context of the rest of Interpol, which certainly opens the doors for marked departure with the next chapter of the Interpol story, should there be one.

Interpol is quite possibly the record that the more rabid end of the band's fanbase would have wanted Antics to be; a consistently flowing album, the whole of which is exceedingly better than the sum of its parts. However, its lack of immediacy and occasional lapses into self-indulgence lessen its appeal somewhat, and in light of records already released this year by contemporaries in style and sound - notably The National - it's difficult to imagine Interpol ultimately being held in quite the same regard as what's gone before.