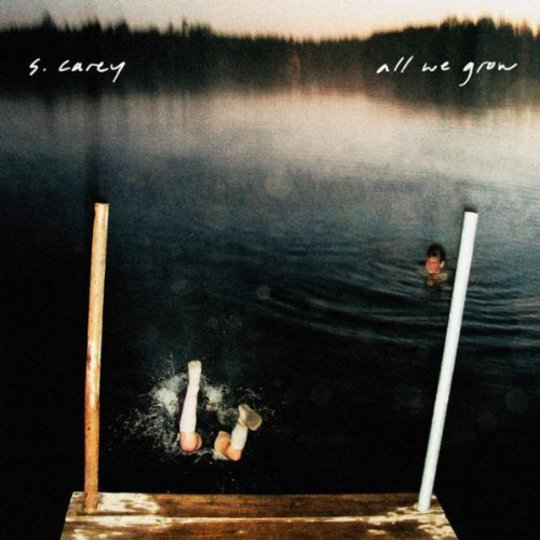 Sean Carey was in the band Bon Iver. Sean Carey is from Wisconsin. Some of this album was recorded at Justin Vernon’s studio in Eau Claire. Some of it sounds a lot like For Emma, For Ever Ago. What is more interesting than this though - than these fickle facts - is how this came to be.

Before he got into the band, Sean got himself a degree in classical percussion from the University of Wisconsin; got himself an Education. Having heard that Justin Vernon - that Bon Iver guy that locked himself in that log cabin - was looking for band members for the live show, Sean used his education to learn all of the drum and vocal parts to his songs. In two weeks. From MySpace. And so well that Vernon immediately invited him on tour.

Point being, Sean is a Proper Musician, and this is a Proper Musician’s album. We can say he can play. And, as you might imagine, percussion is prince on All We Grow. It’s definitely free form and almost experimental. In fact it’s nearly completely instrumental in places. But the listener never loses confidence, never needs to question: never feels alone. The soundscape is reminiscent of some sort of wintry tundra; it may seem sparse but it has a depth, and life teams just beneath the surface. The music, it has its own answers.

In fact, it’s partly his being a musician which has given the album the shape it takes today. Like laying silt on an ocean floor, the record was recorded over a period of two years during infrequent breaks from touring with Bon. It took its time. Whenever one of these breaks allowed, Sean would go home and lay down another sound; it’s this geological layering of takes which gives All We Grow its earthy texture. Just as the oceans and mountains feel old, you can almost hear the time that has been taken over this music, time which has produced something very solid and very beautiful.

And what about that beauty. It never soars in the way that For Emma can, but this belies no deficiency in Sean’s vocal ability (except perhaps in power). It’s gentle and it’s subtle and the plink-plonking of the piano on tracks like In The Dirt and We Fell makes it perfect staring at a rain streaked window pane with headphones on music. The content is more contented too; it’s still about love, but it seems to be the requited kind. The kind that you don’t necessarily need to shout about; the kind where the gentlest whisper will carry the words with just as much weight. And there’s plenty of gentle whispering.

So, it’s not For Emma, but it is clearly for someone Sean loves very much. Maybe it’s just the music with which he’s so in love, but anything that’s done this genuinely, and with love in the heart, is definitely worth a listen. Indeed, as the album cover suggests, it’s probably worth diving in and going head over heels yourself…