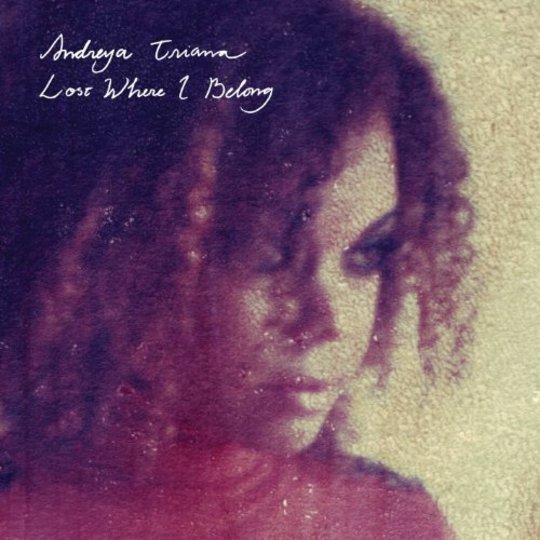 The steady build up to the release of this debut album from soulful South East London singer Andreya Triana positioned her as an artist with impeccable credentials. An appearance with Flying Lotus on ‘Tea Leaf Dancers’ - from the Reset EP in 2007 - was the first inkling of a major talent emerging. Then, Triana hooked up with downtempo chill-out producer Simon Green, aka Bonobo, to contribute to his Black Sands album. Together, Bonobo and Triana sliced up a vast soporific landscape in which to work, where they could serenely slide into a comatose state while concocting quiet moments of 3am musical euphoria. All that’s missing from this further collaboration between the pair, titled Lost Where I Belong, is a husky voiced DJ to whisk us into the witching hour in-between each song.

Anyone familiar with ‘A Town Called Obsolete’, the single released ahead of this record, may be in for a surprise when they get to grips with an entire album from Triana. That track positioned her close to the hackneyed trip-hop idiom, with its half-speed breakbeats and disconsolate vocal pining, albeit executed with a greater ache and genuine feel for despondency than the average sub-Massive Attack efforts that clutter up the genre. Instead, much of Lost Where I Belong abandons such affectations and goes straight for the jugular, with Bonobo and Triana severing all the fat with ruthless aplomb, leaving only her voice and a few mere morsels of instrumentation to get the job done.

In fact, much of this album feels like it has undergone a process of attrition to get to the root of what makes Triana tick. The arrangements are simply a fulcrum around which her vocals are allowed to shine, and the nine-track set comes in at a paltry 37-minutes — a mercifully brief stretch of time in the contemporary R&B world. But this is a record that pulls on influences from far outside the straight up soulful stylings that Triana’s vocals would be matched with in lesser hands. Opener ‘Draw the Stars’ gives her a chance to wrap a blackened lament around twinkling xylophone and amiable strings that swell and retreat with supreme grace and subtlety. There’s a light/dark contrast at work in much of the music here, with Triana’s vocals gripped tightly by the doldrums, while little crevices of illumination are chinked into the arrangements and act as a welcome respite from her sadly crooned woe.

The carefully constructed running order ensures that Lost Where I Belong doesn’t get too harrowing. Triana’s Macy Gray-like vocal turn on the title track is initially set to dolorous acoustic plucking, but increases in intensity as the backing vocals swell into the mix and the beat steps up a notch, ultimately ushering in the one dip into vaguely uptempo waters on ‘A Town Called Obsolete’. But, for the most part, this album is an extremely bittersweet pill to swallow. ‘Darker Than Blue’ and ‘Daydreamer’ are both set to reedy guitar lines flooded with such a spooked-out atmosphere that they are redolent of Slint’s post rock classic Spiderland, and ultimately form a double jointed slice of lachrymose balladering that could only be performed by someone deep in the throes of a maudlin life crisis. Occasionally Bonobo will carefully augment Triana’s vocal malaise by compounding it with some carefully considered flourishes of instrumentation. The oompah-style horns add a neatly whimsical jazz flavour that beefs up ‘Up In Fire’, while ‘Far Closer’ sounds like an ebullient Motown swing executed at half speed. But it’s in the closing ‘X’ where producer and artist work most effectively together, with all the musical backing once again shaved down to a husk while Triana’s discontent is sluiced into a torpid torch song. ”I guess that’s just the way it goes”, she quietly moans, tying together her most common lyrical conceits, of being resigned, lonely, remorseful and alone. Lost Where I Belong needs more than a few plays for listeners to really get comfortable being around Triana’s malaise, but once that work is put in, few other albums this year are capable of siphoning such stark and sorrowful emotions into song.