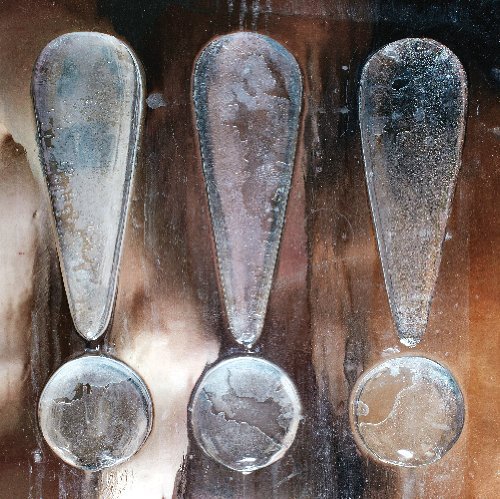 The layered, multi-directional numbers stand out rather than fit in. On either side are tunes a little too straightforward, big ideas a little too self-contained to really mesh in the way you want them to. »

'strange weather, isn't it?, !!!'s third album for warp, was recorded in berlin, new york and sacramento. though apparently only 20% of it was locked down in the german capital, the band's frontman nic offer sardonically describes it as their 'berlin album', influenced by their time spent there soaking up the city's history and culture, not least its vibrant nightlife. 'strange weather, isn't it? was co-produced by the band with eric 'babytalk' broucek, former in-house engineer for dfa. there are the brash, raw musical elements of !!! ('steady as the sidewalk cracks') mixed in with the heavy-handed lyrical content of louden up now ('even judas gave jesus a kiss') all drizzled a nice, light-hearted myth takes funk ganache ('jump back').
description from www.roughtrade.com