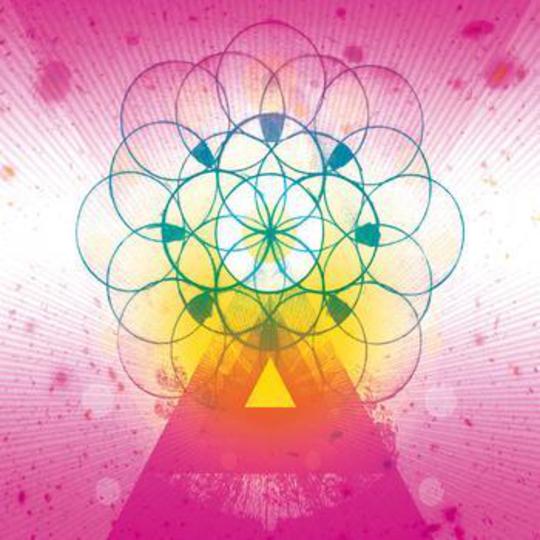 UK-based Drum Eyes represent one of the stronger proponents of what could be called the next generation of krautrock. Their brooding, maximalist rock compositions flex strange sonic muscles that haven’t twitched since a handful of Germans recorded Neu! ’75. A lot has transpired in the music scene since then. Notably the establishment of synthesizers as legitimate instruments and the escape of the DJ out of the discothèque, into the rock n roll club. Weird, primal digital/analog mashups were once the sole province of the marginal princes of noise rock like Yamatsuka Eye and the odd Ecstatic Peace flavor-of-the-month. No longer. Drum Eyes’ Gira Gira is the sort of album your grandparents thought mainstream folks would be listening to in 1984. Aggressively modern instrumental soundtracks to soak in while flying your hovercar to work.

Opener ’50-50’ is typical of the ambitions of this record: a mid-tempo atmospheric assault building to crescendo then switching gears with a glammed-up two minute percussive outtro. Drum Eyes includes ‘drum’ in the moniker for a reason. Not because percussion always takes centre stage (guitar and synthesizer are more often foregrounded). Rather because the drums, as in any good krautrock composition, are the glue that holds the piece together. The snippets and snatches of odd sounds gain their mantric appeal through the percussive backing, whether it’s the gentle march of the hi-hat in ‘Hana B’ or the violent snare attack of ’13 Magicians’.

Drum Eye never stray from the percussive foundation for too long. ‘Gyanza’ sounds like a brief meditation on a Sonic Youth soundcheck: the click and clack of plugged-in instruments, the empty hum of amps, an homage to white noise. Then it’s back to the more epic compositions that are the band’s bread and butter. The pair of songs ‘Future Police’ and ‘Future Yakuza’ stretch out into luxuriant dystopian soundscapes. There is the faintest impression of a narrative arc - something the first generation of krautrock never had. Compare the essentially sunny, if hollow, rhythms of Can to the dense, studied weirdness of Drum Eyes and you’ll get a sense of where contemporary (dare I say progressive?) instrumental rock is headed: every song sounds as if it’s been run through a Schoenberg filter while chewing bubblegum.

Like Schoenberg, Drum Eyes are an acquired taste. Their self-titled release is a short album with long songs that demands a certain level of seriousness from the listener (or a good head of acid). Gira Gira is an album that occasionally strikes a willfully bizarre tone. Not the type of approach that lands you in the Top 40. The strictly instrumental nature of their compositions guarantees limited appeal until such time as they introduce an attractive blond lead singer into the mix. Until then Drum Eyes is just good krautrock 2.0, a subgenre gaining steam on both sides of the Atlantic (see Dinowalrus in New York and the Windowright in the UK). Gira Gira is a boon for fans of the genre, and a nice little warm-up if you're saving pennies for the massive Neu! vinyl box set released this summer.