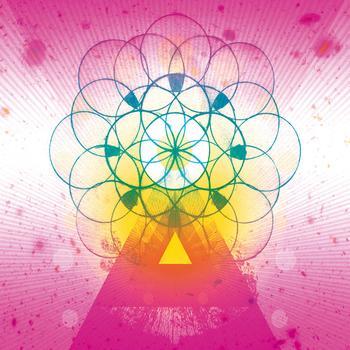 Drum Eyes is just good krautrock 2.0, a subgenre gaining steam on both sides of the Atlantic»

high end digipack cd. set to be upset the rhythm's biggest album thus far, drum eyes is shige (dj scotch egg) and e-da (the boredoms) with a motley collection of other performers. drum eyes are dj scotch egg's drum thunder worship gang. experts at whipping up a hypnotic maelstrom of tribal drumming trip-outs infused with sludgy doom and weird electronics. it makes a lot of sense that eda from the boredoms is a member of drum eyes as the songs can twist 180 degrees and equally sound as beamed in from some alien kingdom, taking the weirdest forms of krautrock and hurling punk synth ideas, crushing walls of ambience and 8-bit frazzle into the mix with relish. with his five-piece band shige has finally realized the full extent of his intent with drum eyes. the resultant album gira gira pushes his musical vision to the limits and in scope is truly cosmic. '50-50' starts out life as a dreamy ascending can-workout only before regenerating into organic flailing drum-off computer wrangle. of the two tracks from the album concerned with time travel 'future police' builds like a nightmare moroder adventure into the depths of a worried mind, whilst 'future yakuza' is a fairly malevolent blackened beast of a metal track only lethargically transmitted from a unidentified solar system. it's a real monster of a song, seeing drum eyes make light work of 10 minutes, flashing bright with promise and reward they make the song a pivot of the record. the second half of the album boasts the more abstract wooziness of 'gyanza' coming over as a more dreamy black dice and the fuzzed out chilled dub moment of the album called 'hana b', but it's probably '13 magicians' that leaves the greatest impression. the song bristles with barren electronics, doom-drenched drums and guitars until drowning into sirens and foghorns and emerging ever more victorious. it's a real triumph of an album and finally sees dj scotch egg make an album deserved of attention not only from his loyal fan base but far and wide across the metal, ambient and electronic worlds of modern music, it's an album that obliterates genres with pride and grace, whilst remaining true in it?s identity and ability to lodge in your mind.
description from www.roughtrade.com