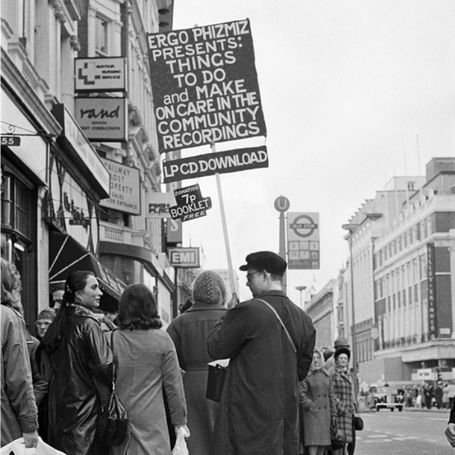 Ergo Phizmiz - Things to Make and Do

Things to Do and Make may not be propelling Ergo Phizmiz to the top festival slots anytime soon, but if it draws a few new followers back with him to a world where 15-hour sound collages and ukulele covers of ‘Voodoo People’ rule the airwaves, then that’s success.»

composer, multi-instrumentalist and broadcaster ergo phizmiz first came to national attention for his electronica through the late radio 1 dj john peel. since then he has broadened his musical horizon to collaborate with the the, score a film for international art star christian marclay, undertake a growing number of bbc radio commissions and write operatic works. it's unsurprising then that he has attracted a 'serious' music audience with michael nyman being in attendance at ergo's last london show. however the predominantly acoustic 'things to do and make' is ergo's first foray into what could be called 'eccentric pop'. exuding the energy and theatricality of his live performance, that can see him flit from grand piano to drums via trumpet or self-made instrument and back, it marries his characteristic sense of the absurd, recalling vivian stanshall and the quintessential art school band, the bonzos, with an inventive and melodic folk-pop.
description from www.roughtrade.com