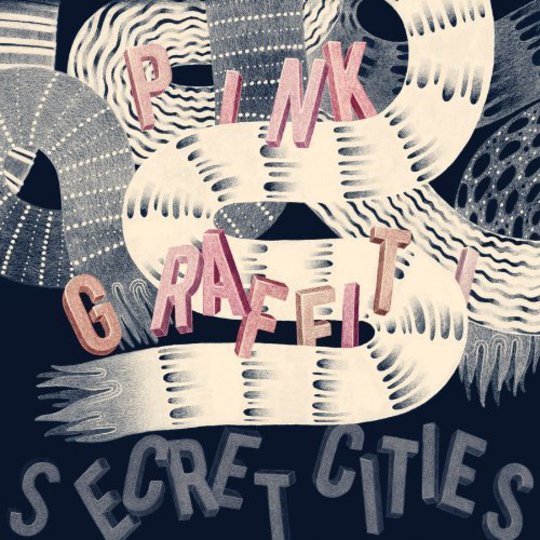 Many artists spend their entire careers attempting to step out from the shadow of their forebears. Bloc Party from Gang of Four; Interpol from Editors from Joy Division; The Drums from... well, everyone; we've all heard them, and whether such comparisons originate from lazy journalism, your own attentive ears or a lone, anonymous naysayer on a YouTube comment box or music forum, they have a habit of sticking in your mind. The more you listen to the band in question, the more you are convinced of their similarity, or irritated by being unable to figure out where on earth people are getting the idea from. Either way, it can taint your enjoyment of the band and even put you off them altogether.

It is curious then, that with their second album, Pink Graffiti, Secret Cities embrace their influences so freely. Described as 'a meditation on a theme...about Brian Wilson and his work as a prism through which we view youthful things', the band seem to have no hesitation about putting suggestions of the erstwhile Beach Boy and his music firmly into your head as you listen to this record.

References to California's surf-pop poster boy abound. Endearingly naive vocals, massed harmony, thumping rhythms and trebly guitars are all interwoven into the dense fabric of the album, splicing its genes to create a new, stranger organism. That's not to say that Secret Cities' own identity doesn't exert itself; in fact they have still retained the charm that made the project so appealing in the first place. The band started from cassettes passed 'back and forth across the tundra of their home state' that built up to 'a catalogue of sound collage and darkly romantic pop', and this aesthetic still remains. While the concept and ambition of their work has increased, Pink Graffiti still sounds like it was recorded on an 8-track; guitars crunch and vocals crackle beneath the strata, and imperfections both accidental and intentional give the album a beguiling intimacy.

The slightly dubious concept (key lyric from 'Boyfriends': "Brian Wilson and me/he smokes pot/I watch TV") is perhaps the album's weakest point. What with the post-Merriweather Post Pavilion exodus towards massed vocal harmony, sun-bleached nostalgia and all things Beach Boys, Secret Cities' readiness to pay homage to their muse so heavily places them within an increasingly crowded room.

While being pleasant and listenable enough, Pink Graffiti simply doesn't do enough to set itself apart from the post-chill-glo-surf-wave-fi trend, which is ultimately its downfall. Here we have a record that is competent, often beautiful, but sadly, fundamentally unremarkable.