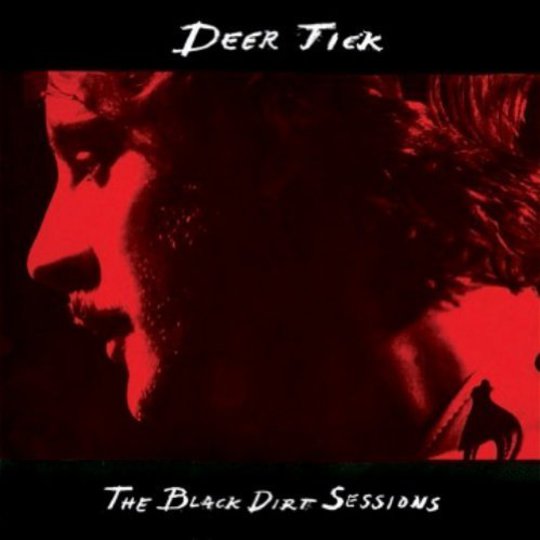 I remember when Rock Music belonged to the popular kids. It was all bold statements - Beautiful Girls, Final Countdowns and Flaming Youth. In the age of 300+ channel television, auto-massage armchairs and perhaps even The National, one thing’s become abundantly clear: the decapitalisation of rock is in full swing.

Rhode Island’s Deer Tick are firmly rooted in the small ‘r’ camp. Singer and primary songwriter John McCauley heaves with the bourbon-drenched authenticity that Roky Erickson spent 45 years perfecting. But as with McCauley’s contemporaries - Wilco, The Hold Steady et. al - there are no glitzy Hollywood endings; The Black Dirt Sessions documents the ordinary - the lives of introverted people struggling to find a happiness that suits them. McCauley’s emotive stranglehold arouses a pleasant desire to curtail your lofty, ultimately unsatisfying ambitions and accept that life has more to offer than “steady rotation”, “heavy drinking” and “changes I don’t feel”. It’s a well-worn, idealistic mindset and when the album slouches it’s invariably a result of the lethargic themes.

Taking this into account it’s a wonder that The Black Dirt Sessions is such a heartening listen. Yes, it’s all very apologetic, remorseful and contemplative but crucially, unlike most MOR indie-rock, overt self-pity is avoided. Each line buzzes with a defiant purpose, albeit borne of resignation. And perhaps you’d expect an album from a bedroom-dwelling singer-songwriter to indulge in dreary ‘self discovery’. Instead, McCauley plays down the disappointments. Speaking of previous Deer Tick offering Born on Flag Day, recorded around the same time, he says: ‘it‘s not about questioning faith or terrible break-ups, but more about people. Like the people you watch walking down the street, trying to imagine what their lives are like’.

Critical acclaim for the band’s recorded offerings has never quite matched fans’ unfaltering devotion to their much-lauded live shows. And yet it’s difficult to imagine an energetic performance from this lot; The Black Dirt Sessions consistently rejects the clichés of rock. As McCauley grumbles on ‘Blood Moon’: “Faith and salvation? Oh you must be joking”. There‘s a skill in turning slight observations into rousing mantras and it‘s usually reserved for the Proper Rock Bands, but here it‘s thrown into a different context. Thankfully, some time is also set aside for the traditionally uplifting. ‘Choir of Angels’’ refrain of “Every lonely road is behind me” serves as a welcome antidote to the lack of redemption elsewhere.

Musically, The Black Dirt Sessions bridges generations of influences. ‘Hand in My Hand’ recalls Neil Young’s Rust Never Sleeps-era work with Crazy Horse, whereas ‘I Will Not Be Myself’ harks back to the uneasiness of Something About Airplanes-period Death Cab for Cutie. Transcending these popular touchstones, however, seems to prove a bridge too far. This may be the result of McCauley’s ingrained writing habits - while he recorded every instrument on Deer Tick’s debut (War Elephant) himself, this time around it’s up to his backing band to interpret his vision. And while it’s no dealbreaker, the band’s appeal can be attributed almost exclusively to their vocalist (the same has been said of Cobain, Lydon, Mangum etc.). Former Titus Andronicus guitarist Ian O’Neill introduces some of his old band’s gusto, but it’s ultimately down to McCauley to amplify the album’s atmosphere.

As a singer-songwriter it’s easy to speculate that McCauley’s ideas may have been diluted by the rest of the band, and undoubtedly he’s their main asset. All the while that rasping voice sets the tone - he howls like an old, battered sea captain lamenting the loss of his prize vessel and its crew. But for its occasional flourishes, The Black Dirt Sessions suffers the tiresome consistency of a record aware of its own slight irrelevance; always good, but never great.