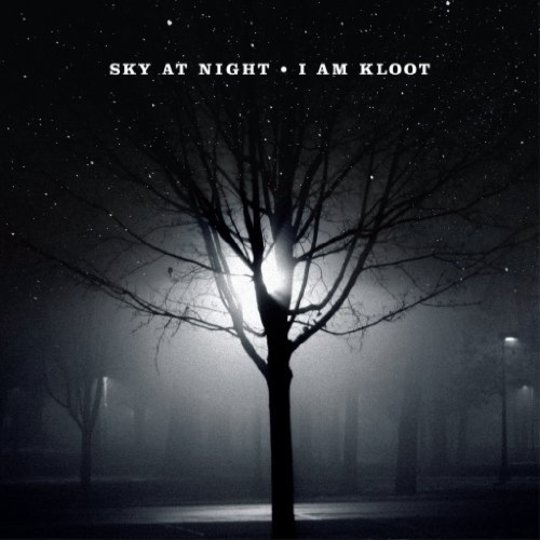 For anyone reviewing the latest I Am Kloot album, there’s two things that, by law, must be mentioned. First of all, you have to comment on how they’re part of Manchester’s musical character, much-admired bridesmaids of Elbow and Doves who’ve never had their own big day – neglecting the fact that, for years, people said the same about Guy Garvey and chums until they swept the board with The Seldom Seen Kid.

The second thing you always have to mention is John Bramwell, Kloot’s poet in residence, painter of beautifully unflattering portraits, a man who can capture the minutiae of a doomed relationship in four lines, and still have time for a bad pun in the chorus. Again, the clause when mentioning the band’s frontman is to state how unfair it is that the band, and Bramwell in particular, have never been acclaimed by a wider audience.

Usually at this point, the reviewer would then comment on I Am Kloot’s latest LP, stating how this would be the one that’ll break them through to the big time, disregarding the musical evidence – a collection of unusual songs, crammed with regret and loneliness, exactly the type of thing that will only delight a small but devoted audience. If anything, Bramwell is an English equivalent to dry, observant American songwriters like Bill Callaghan or Will Oldham, and no one really expects them to be heading out on stadium tours anytime soon.

So, with Kloot’s fifth album, Sky At Night, we won’t be saying any of that. Erm, except for the fact that [cough] it could actually be the record that reveals their charms to a wider audience. Sorry.

To make it even worse, it’s that record precisely because of the Mancunian musical family they’ve got around them. Guy Garvey and Craig Potter of Elbow produce the record, and various members of The Earlies and other North West acts pop up to provide lush, varied backing. That’s not to say that Kloot’s songs have been scrubbed to a radio-friendly polish by their Mercury-clutching pals: it’s more that Bramwell has realised that this particular set of songs deserve a grander setting in which to tell their stories of barflies and bruised romance.

It’s still the same Kloot underneath – the singer’s almost sarky croon, the loose, lazy basslines and jazzy drums underpinning the whole endeavour. It’s just that, on Sky At Night, there’s the breathing space of a band not beset by label worries, rushed studio time or a lack of resources. There’s structure, and flashes of studio trickery when it’s needed. ‘Lately’, possibly the album’s grandest moment, would always have sounded great, but here – with a horn section, huge Beatles-y backing solos and the bendiest surf guitar solo this side of Hawaii 5-0, it becomes something altogether more majestic.

It’s the same with ‘Northern Skies’, the album opener, the track that Radio 2 is going mental for at the moment. Here, the billowing strings soften Bramwell’s tale of regret, and as he sighs “Where did you go, that big, black night? Did you take the coast road, back through your life?” you have to sit back and think – finally, they’ve done it.

They’ve also done it here precisely because, unlike their previous efforts, there’s not really a weak track or a moment wasted on Sky At Night. The strangest step is to re-record perhaps the closest thing that I Am Kloot ever had to a hit, ‘Proof’. The track, which originally appeared on their self-titled third album, appears again here with a few subtle differences. Perhaps they felt that what could possibly be their finest moment deserves to also sit here amongst these other, more majestic efforts.

So, it’s all Mercury Awards and loveable uncle status now for the Kloot is it? Probably not. Despite the quality of Sky At Night as a whole, it’s not going to make I Am Kloot the new Elbow. And thank goodness for that, as they’re too good to simply become a shadow of their city contemporaries. Bramwell’s songs are still a little too bitter and gin-soaked to appeal to those who rightly fell for ‘One Day Like This’.

However, it will hopefully bring the band the satisfaction of finally delivering a full album’s worth of excellence, and bring them a gaggle of fresh followers at the same time. Perhaps, like the characters in the album’s epic penultimate track ‘Radiation’, for whom “everything we ever thought we’d ever want… well, it just came true,” Kloot can escape that neverending story that greets their every appearance. Here’s hoping.