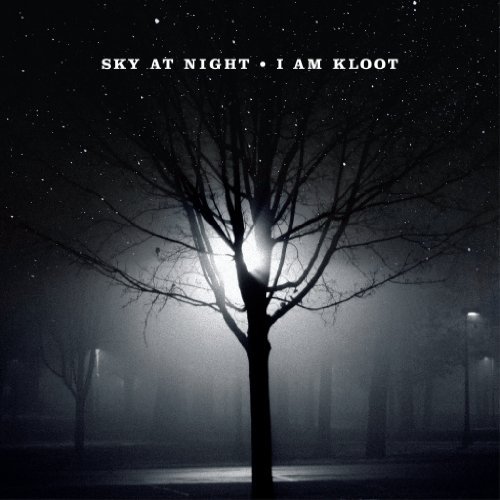 I Am Kloot - Sky at Night

You have to sit back and think – finally, they’ve done it.»

i am kloot release their stunning fifth studio album 'sky at night'. following 2007's 'i am kloot play moolah rouge', the album further goes to cement john bramwell's status as one of the most talented songwriters in the country. proud manchester men they may be, but the record is infused with an almost parisian elegance. tracks like 'it's just the night' and 'the moon is a blind eye' reveal a gainsbourg style of sophistication, but are still punctuated with their own inimitable northern soul. opening with the warm, rolling 'northern skies', it's followed by 'to the brink', a decadently faded show tune, with celestial strings balancing delicately against the kind of poignant musings more typically found at the bottom of a brandy glass. the theatrical instrumentation of 'lately' is lush and impressive, whilst remaining explicit and honest. renowned harpist marie lionheardt provides a delicate accompaniment to the moving narrative in 'i still do', while 'radiation' touches upon the beatles' more psychedelic moments of orchestration. a songwriter's songwriter, bramwell is one of our finest wordsmiths and counts pete doherty and and elbow's guy garvey amongst his many fans. having produced their hugely acclaimed debut album 'natural history' garvey, alongside bandmate craig potter, has returned to produce and mix this sublime ten track collection. with 'sky at night', expect kloot's cult status to soar skywards.
description from www.roughtrade.com