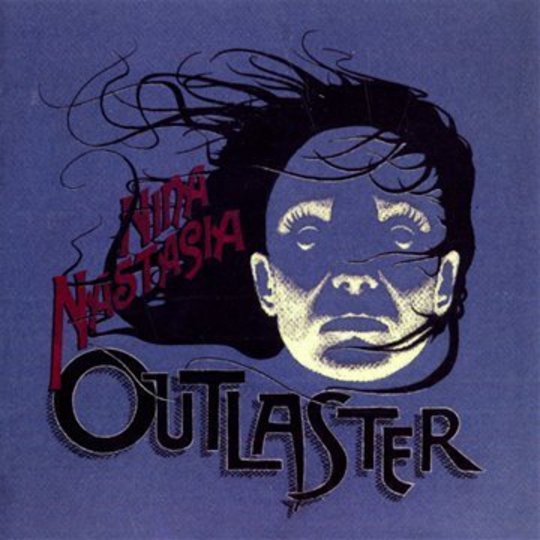 Nina Nastasia stated that the early days of this album's gestation were difficult ones, with the songstress unsure of where to the take the record, wondering if she had run out of ideas. In some respects Outlaster does in fact feel like something of a culmination of Nastasia's back catalogue. The arrangements are as precisely tailored as on You Follow Me and at times as sparse as Run To Ruin, yet it is probably her most lush album to date. This is mostly due to the presence of two quartets (string and woodwind) and the hand that arranger/producer Paul Bryan had in the record. Yet this isn't the usual case of bland songwriting bolstered by a bombastic orchestral backing. The extra musicians really are vital components of the record. See album opener 'Cry, Cry, Baby' where sliding ascent of the strings emphasises the sentiments in the emotionally lines "You're my only true love and I know I can't change", after the defiant verses wherein she claims she won't cry, or worry (or feel anything) for a (possibly ex-)lover.

The intertwining of strings and woodwind on 'You're a Holy Man' provide perhaps the most sublime musical moment on the record; opening up with a dense fog of woodwind, a repeated woodwind refrain is taunted by searing violin as Nastasia casts doubt on the ability of the titular Holy Man to retain his faith. The drumming skills of long-time collaborator Jay Bellorose also deserves special mention, on 'Holy Man' in particular, where they seem to grow so organically from a simple tom and cymbal beat in the early verses to gargantuan tribal rolls, which along with the ominous woodwinds leave the song's end sounding ever so slightly like a folksy These New Puritans.

However, the melodramatic tango of 'This Familiar War' is where Nastasia's talented collaborators really come in to their own. Nastasia's own acoustic guitar is a barely audible strum; instead it is the interplay between the quartets and the nuanced procession of Bellorose's drums which (appropriately enough for a tango) set both the tempo and the theatrical tone for Nastasia to turn in one of her most expressive, yet at the same time most mannered vocal performances. Indeed, whilst her collaborators have allowed her to produce some of her most dynamic compositions to date, Outlaster also sees Nastasia's own voice grow in expressive range. See the apocalyptic 'What's Out There', her voice an unsettling presence on the paddling acoustic fingerpicking one moment then a surprisingly violent and burly presence ("Oh window, window, I want to smash you out") amidst tempestuous orchestral swells the next.

Musically, Outlaster often seems designed to unsettle, or at least to sound unsettled itself, in its off-kilter melodies or gothic theatricality, as the faux-horror visage of the cover suggests. Likewise a certain darkness pervades Nastasia's lyric sheet even on the more musically upbeat tracks. Some might find lyrics such as those on 'A Kind of Courage', which alert a potential suicide bidder to the insignificance of their life and consequently their death ("You're one of a million more of the same mind/ who deserve all to fade"), a little cold-hearted, or lines like "This work, it won't kill me, but I'm no better for it", just downright defeatist. To these ears however, Nastasia's words just cut through the crap, avoid clichés and tell the goddamn truth. Pretty refreshing it is too. Even when she does dally with upbeat platitudes ('You Can Take You Time') the effect is genuinely heartwarming, such is her talent and range as a songwriter.

Outlaster really couldn't be a more apt title for this album. If it seems a somewhat dour and pessimistic affair then that's because that's what life is. Nina Nastasia never descends into mawkish sentiments to get this point across, instead the maintaining an almost stoic objectivity at times, and when she does go for melodrama there's undoubtedly a little bit of arch in her eyebrow. This isn't impassive music, however. Indeed if it wasn't for the fact that Nastasia is so consistent, you'd be tempted suggest that here she has reached an expressive and creative peak. I suspect however that Nastasia's talent will continue to outlast that of her peers for a little while longer yet.

Francis Harold and the Holograms

Who Said These Were Happy Times